Majithia given bail in drugs case : The Tribune India 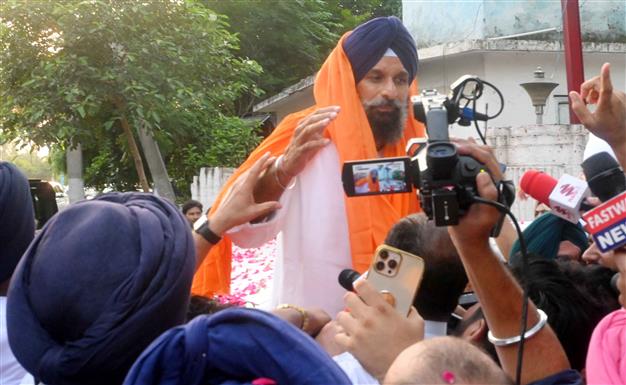 Bikram Majithia after his release

The Punjab and Haryana High Court today asserted that it was satisfied about the existence of reasonable grounds to believe that senior Akali leader and former minister Bikram Singh Majithia was not guilty of the offences alleged against him in a case registered under the provisions of the Narcotic Drugs and Psychotropic Substances Act.

The assertion came as a Division Bench of the High Court granted regular bail to him.

The Bench of Justice MS Ramachandra Rao and Justice Sureshwar Thakur asserted that it was of the opinion that Majithia’s continued detention since February 24 was not warranted and he was entitled to be released on bail. “We may point out that there is no material placed on record showing possession, transportation, storing by or recovery of any contraband from the petitioner. All recoveries in the concluded trials have been effected from specific individuals and the petitioner was not shown therein to have any role in that regard,” the Bench asserted.

AAP, whose chief Kejriwal had apologised to Majithia, failed to pursue the case or provide evidence, despite repeated requests... People should now decide who has colluded with whom. —Ravneet Bittu, Congress MP

The Bench also made it clear that reasonable grounds existed to believe that the petitioner was not guilty of offence of “harbouring” co-accused. Majithia was represented by senior advocate RS Cheema with counsel Damanbir Singh Sobti, Arshdeep Singh Cheema and Tarannum Cheema. Besides, there was no material to show that the petitioner supplied any chemicals, much less contraband, to the Canada-based accused “with reference to time, place and quantity”. The state was still attempting to collect information from financial institutions in India and abroad and did not appear to have made much headway as of date, even though the FIR was registered almost eight months back on December 21 last year.

The state had contended that the allegations in the FIR related to the petitioner’s close links with two persons involved in drug trade and residing in Canada. The state also relied extensively on statements recorded by the police to contend there was sufficient material to prosecute the petitioner for offences under provisions of the NDPS Act.