Message of harmony from Bathinda too 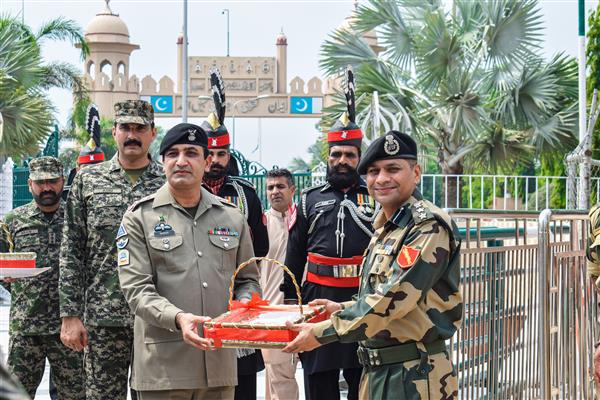 In another example of communal harmony, members of the Jain community organised a ‘shobha yatra’ in the Muslim-majority town to celebrate “Chaumasa” today, while Muslims celebrated Eid-ul-Adha.

“In Malerkotla, people respect the religion of others. On Sunday, they displayed their same feeling for each other. On one side, our Jain brothers held a shobha yatra in the city, while simultaneously Muslim brothers celebrated Eid-ul-Adha,” said Ertiqaul Hasan, Mufti-Aazam Punjab.

Chhina said the police had made the security arrangements as they did not want to take any chance.

“The police are thankful to all Malerkotla residents, who have once against set an example of communal harmony,” added the IG.

Message of harmony from Bathinda