Bhagwant Mann: 6K women to get jobs in anganwaris as Rakhar Punia gift : The Tribune India

Bhagwant Mann: 6K women to get jobs in anganwaris as Rakhar Punia gift 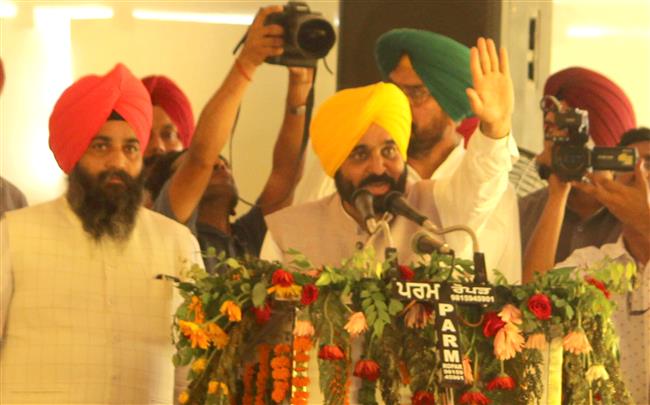 Chief Minister Bhagwant Mann has said the Centre has released the withheld grant of Rs 1,760 crore for rural development.

“The Centre had withheld the grant because funds were not being used for the intended purpose earlier. The AAP government has rectified this. It has guaranteed the Union Government that funds will be used only for the purpose intended,” he said at a Rakhar Punia programme in Baba Bakala, about 40 km from Amritsar.

The CM further said the state government would introduce a system that would prevent farmers from selling the produce of other states in Punjab.

“It has been observed that farmers buy produce from states that don’t offer MSP. Subsequently, they sell the crop in Punjab at the MSP. To stop this practice, a system will be introduced. GPS stickers will be affixed on the vehicles of farmers and photos of vehicles leaving the grain markets will be clicked. In this manner, vehicles will be tracked,” he said.

As a Rakhar Punia gift, the CM announced that 6,000 women would be recruited in anganwari centres and that already recruited 4,300 policemen would be given appointment letters next week.

Besides, two community institutes — a medical college in Malerkotla and an agricultural college at Kalanaur (Gurdaspur) — have been approved.

CM Mann also hit out at the SAD and Congress, saying Opposition leaders were submitting memorandums demanding improvement in the condition of jails.

“When they were in power, they never bothered about the condition in jails. Now, being aware of their fate, they want that jails should be upgraded,” he added.

MLAs Kunwar Vijay Pratap Singh and Jeevan Jyot Kaur were conspicuous by their absence at the function.