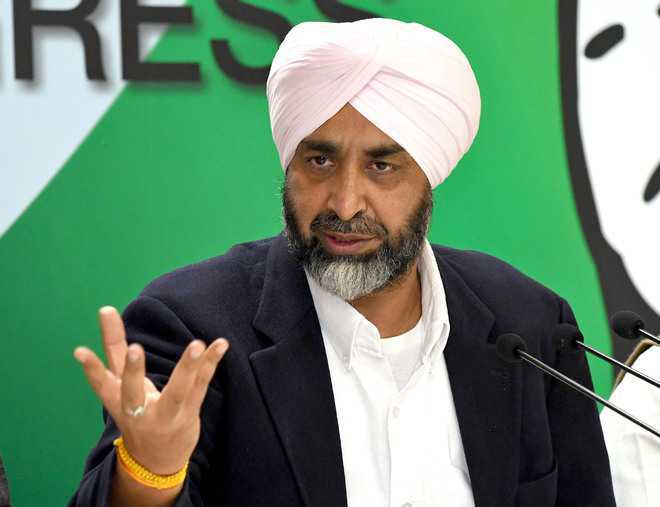 In a letter to Finance Minister Nirmala Sitharaman, he said he is writing on the GST issue when the country is in the middle of battling the new wave of COVID which is more devastating in many ways than the one before.

“With interest rates down by close to 200 basis points, shouldn’t we cut down interest rates under GST law (as also under other tax laws),” he asked in his letter.

“I have been particularly persuaded to write this letter because there has been no meeting of the GST Council for the last six months even though council’s own rules drafted in terms of Article 279A of the Constitution provide for holding at least one meeting every quarter,” he said.

Badal said the GST revenues constitute nearly 50 per cent of the tax revenues of states, while this percentage for the Centre is nearly half of that. States have a voting share of 75 per cent in the GST Council.

“However, failure to hold any constructive consultation with states for so long in such critical times makes me wonder whether the Centre has usurped all the power of states putting the spirit of cooperative federalism, that formed the very foundation of achieving consensus on the epic reform, on the back burner,” it said.

He also pointed that the Centre had not appointed a vice chair to the council from among the states.

With taxpayers’ offices shut and staff working from home, how should the information needs of the department authorities during enquiries be met without physical contact, he asked.

“How do we provide relief to sectors most impacted by COVID e.g. MSMES, aviation, hotels, restaurants, entertainment, commercial reality, retail? Do we need to make amendment in law to allow donations of goods for COVID without denying tax credits on inputs used in their manufacture or purchase?  Whether an amnesty scheme is needed to condone delays in payment of taxes during COVID period,” he asked.

Badal said some issues that require urgent discussion in the context of COVID are whether GST should be exempted on hand sanitizers, face masks, gloves, PPE kits, temperature check equipment, oximeters, ventilators and the like.

The Punjab finance minister said a number of provisions have been enacted in recent times through the route of subordinate legislation (rules) bypassing both the GST Council as well as the legislatures.

“It is the basic principle of justice system that substantive rights of a person cannot be taken away except by a due process of law. The recent amendments in GST Rules (like restricting tax credits) have far reaching implications and have been made without even of an iota of discussion in the council,” he said.

Badal also highlighted that harassment of taxpayers has taken an entirely new dimension with officers resorting to threats of arrest, provisional attachment of productive assets and freezing of bank accounts without any established norms.

These provisions, that were enacted primarily for fly-by-night operators, are increasingly being misused against law-abiding businessmen with demonstrable capabilities built over decades and in situations where they may have indulged in no misdemeanour whatsoever at their end, he claimed.

“How do we reduce litigation in our courts challenging the vires of the statutory provisions of GST laws? I’m informed it is difficult to repair a bad tax system if not done in the formative years,” the Congress leader asked.

“The promise of assured compensation does provide a ready catalyst for such a mid-course correction for some more time,” he said, adding that the clock is sure ticking and India eagerly awaits the GST of which people all dream. PTI