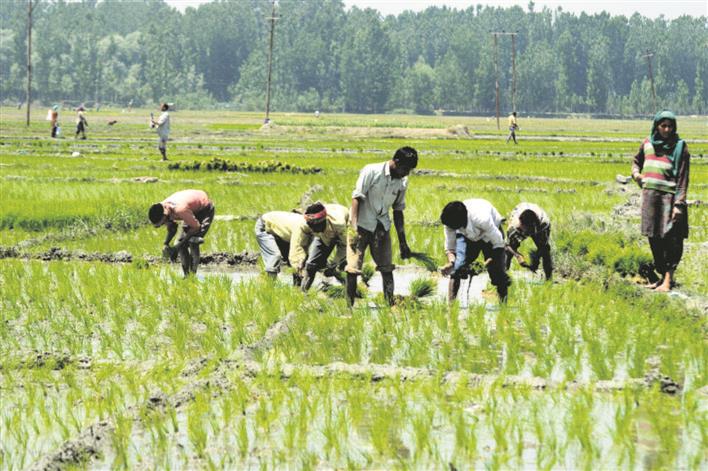 The MHA letter says human-trafficking syndicates hired labourers from native places on promise of a good salary, but were given drugs, paid poorly.

The Centre has alerted the Punjab Government and asked for “appropriate action” to deal with “illegal” and “inhuman” practice of engaging “mentally challenged” people from Bihar and Uttar Pradesh as bonded labourers by farmers in the border districts of the state, as it noted the BSF had informed the Union Ministry of Home Affairs (MHA) about rescuing 58 such workers.

Terming this as a “serious problem”, the MHA in a communication to the Chief Secretary of Punjab, said the Border Security Force (BSF) had found these 58 people were brought to the state with the promise of good salary, but were exploited, given drugs and forced to work in inhuman conditions.

Chandigarh: The SAD has termed it an attempt to defame state farmers. Former MP Prem Singh Chandumajra said such letters would send a wrong signal and create an atmosphere of confrontation. He said there were no FIRs of anyone being forced to work as a bonded labourer in any of the areas mentioned. “In fact, farmers pay labourers in advance for their services and that is why lakhs of migrants come to Punjab every year for planting of paddy crop,” he said, demanding withdrawal of the report. TNS

In the letter, a copy of which is with The Tribune, the MHA said, according to the inputs provided by the BSF, these labourers had been rescued in the past two years from the border areas of Gurdaspur, Amritsar, Ferozepur and Abohar.

“During the course of questioning, it emerged most of them were either mentally challenged or in a feeble state of mind and have been working as bonded labourers with farmers in border villages of Punjab. Those rescued belong to poor family background and hail from remote areas of Bihar and UP,” the letter read.

The BSF further informed “human-trafficking syndicates hire such labourers from their native places to work in Punjab on the promise of a good salary, but after reaching the state they are exploited and meted out inhuman treatment”, the MHA noted.

To make them work in the fields for long hours, these labourers were often given drugs, which adversely affected their physical and mental condition, it said. The MHA asked the state to take “appropriate action” against the menacing trend and inform it on a priority basis about the action taken in the matter.