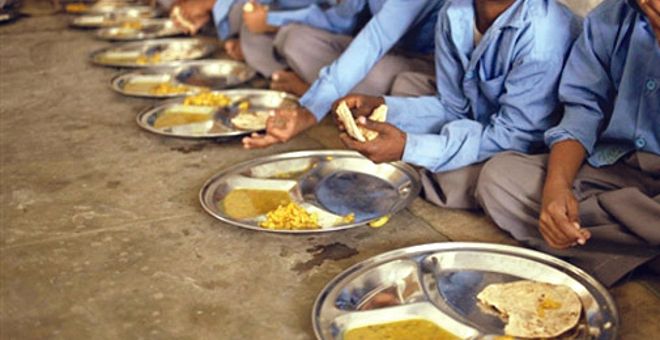 Not paid salaries for the past three months, mid-day meal cooks in government and government-aided schools are finding it difficult to feed their own families.

“The outstanding dues of teachers and workers-cum-helpers for mid-day meal scheme are over Rs 200 crore,” claimed Surinder Kumar Puari, president, Government School Teachers’ Union, Punjab. Over 17 lakh students in about 19,700 government and aided schools in the state are served meals under the scheme. Due to the mounting dues, many schools have threatened to halt the scheme. “For the past three months, teachers have been pooling funds from their pocket. Now, even they are helpless in contributing funds,” said Puari.

Varinder Singh, state manager of the scheme, said the government had released Rs 104 crore and the funds would be transferred into the bank accounts of the workers in the next couple of days. “Another Rs 100 crore will be released soon for schools as cooking cost,” he said. — TNS

The government has released Rs 104 crore and funds will be transferred into the accounts of workers in next couple of days. — Varinder Singh, manager, mid-day meal scheme