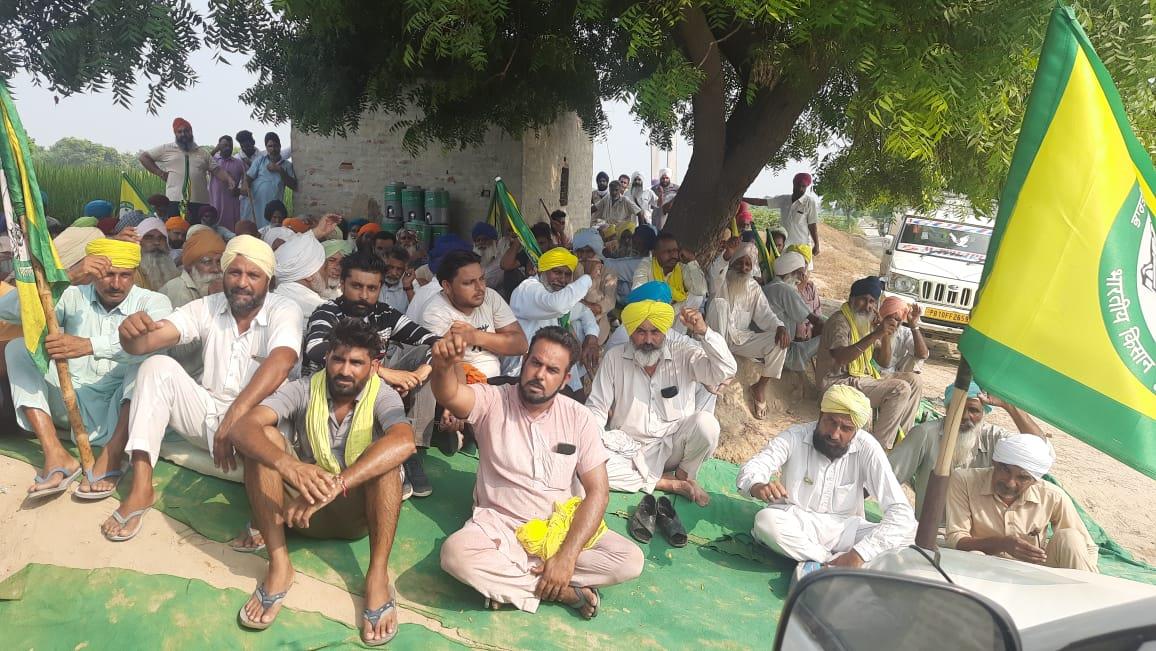 Whereas leaders of the Bharti Kisan Union (Ekta Ugrahan) claimed that the farmers were levelling soil in their fields.

Nobody tried to mow down the MLA. He is levelling false accusations to gain popularity. Harjinder Singh Baggi, farm leader

As per information, the MLA saw a sand laden tractor-trailer on Thursday night. He accused the farmers of illegal mining after which a ruckus broke out between them.

The MLA dialled Kotfatta SHO and asked him to reach the spot, but he failed to do so. Irked over this, the MLA complained to Bathinda SSP J Elanchezhian, who suspended the SHO concerned.

The police have registered a case against three farmers Sukhbir Singh, Gurmail Singh and Jeeta Singh under the provisions of the Mining Act.

The situation turned tense as cops went to impound the earth mover today morning. Sensing that things may go out of hand, the police came back without the machine.

Farm leader Harjinder Singh Baggi said nobody tried to mow down the MLA and accused him of levelling false accusations to gain popularity.

Shingara Singh Mann, district chief, BKU (Ekta Ugrahan) said he had spoken to the SSP in this regard and they would meet him on Saturday.

Elanchezhian said, “The Kotfatta SHO has been suspended and we have marked a probe in this matter.” Meanwhile, a large number of farmers raised slogans against the AAP MLA outside Maur police station. They also demanded cancellation of case and release of farmers.