Owners fail to explain source of stored material at units 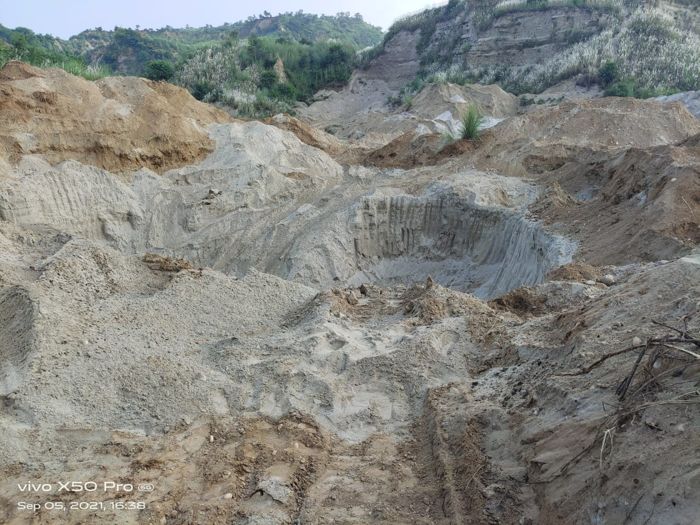 The hills have been dug up to extract sand and stone. File photo

Officials of the Mining Department yesterday sealed six stone crushers situated in the hills of the Khera Kalmot area here. Action comes after stone crusher owners could not explain the source of material stored at their units, given that no one was authorised to mine in the area.

Earlier in the day, local MLA and Mining Minister Harjot Singh Bains claimed all stone crushers in the Khera Kalmot area had been sealed. In fact, a large portion of the hilly terrain has already been dug up by the mining mafia to extract sand and stone. While media as well as locals had raised the issue frequently in the past, nothing had been done to protect the green hills apparently under political pressure.

Units were being run illegally, storing a large quantity of material. They were issued a notice and asked to submit a reply. But they failed to furnish relevant documents. —Vipin Kamboj, Mining Officer

In the recent past, mining contractor Rakesh Chaudhary had even lodged a complaint with the authorities claiming certain stone crusher owners were involved in mining in the area illegally, causing losses to his business.

Mining officer Vipin Kamboj said the licence of the mining contractor in the district had been suspended on April 11 as he failed to deposit the requisite licence fee. So, no one was authorised to retrieve sand or gravel from the area in the district.

They were issued a notice and asked to submit a reply in this regard. —