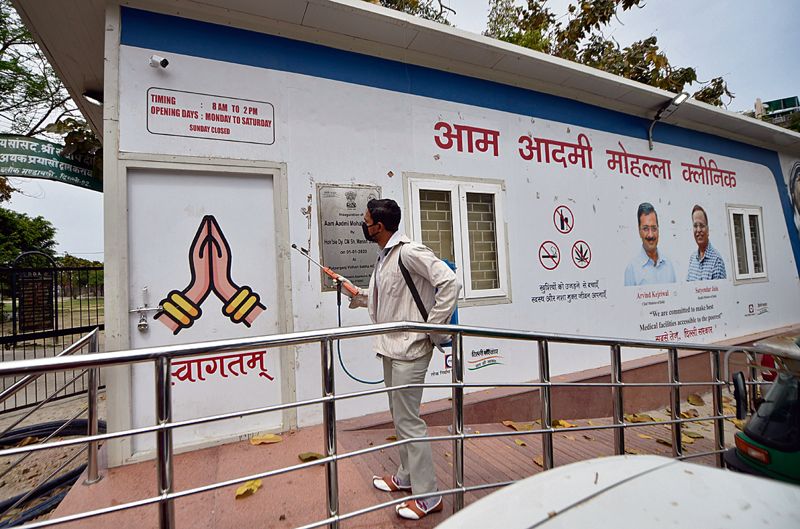 The Punjab Government is all set to start its flagship health project — mohalla clinics — by deputing doctors on a contract basis.

The Punjab Government is all set to start its flagship health project — mohalla clinics — by deputing doctors on a contract basis. The new recruits will get a minimum salary at the rate of Rs 50 per patient for 50 patients per day, totalling nearly Rs 63,000 per month.

Will be a success

We need doctors to meet the shortage. We will have a screening panel and youngsters will be given preference. We are hopeful that mohalla clinics will be a great success. Ajoy Sharma, Principal Secy, Health & Family Welfare

The government will hire doctors up to the age of 64 years even though doctors under the Health Department retire at 58. This, experts say, will dent the job opportunities for young doctors.

In the first phase, the government will hire 231 doctors for the mohalla clinics. Punjab CM Bhagwant Mann had recently announced that they would dedicate 75 such mohalla clinics to the 75th anniversary of Independence on August 15, a historic occasion.

The Punjab Civil Medical Services Association (PCMSA) said: “Though we welcome any step aimed at strengthening or expanding healthcare services in the state, we want several issues addressed before the implementation of the scheme.”

Dr Gagandeep Singh, chief adviser, PCMSA, said, “We are against the creation of ad hoc/non-regular jobs for doctors. On the one hand, the government claims that it will regularise 36,000-odd contractual employees, while on the other, it has gone back to the same old flawed concept of contractual jobs. The doctors employed at the mohalla clinics must be offered regular jobs and a pay equivalent to their PCMSA counterparts”.

Dr Akhil Sarin, state president of the PCMSA, said, “We already have a widespread network of SHCs, PHCs and CHCs, which have been providing primary healthcare in even the remotest areas of the state. Most of them are facing an acute staff crunch and lack of infrastructure. The government should fix these issues. Around 1,000 posts of medical officer are lying vacant across the state. On top of it, the current budgetary allocation to health seems to be grossly inadequate and certainly not in sync with the government’s line of commitment to the public health sector.

Ajoy Sharma, Principal Secretary, Health and Family Welfare, said, “We need doctors to meet the shortage. We will have a screening committee and youngsters will be given preference. We are hopeful that mohalla clinics will be a great success.”