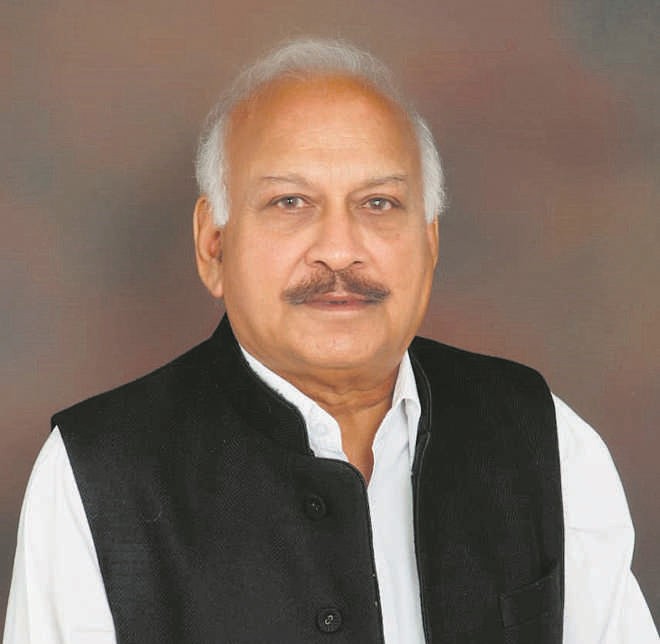 Amid the standoff between Capt Amarinder Singh and Navjot Singh Sidhu, two days after the latter’s elevation as the PCC chief, Brahm Mohindra, the senior-most minister in the Punjab Cabinet, has thrown his weight behind the CM.

Mohindra, who is considered close to the CM, in a statement said he welcomed Sidhu’s appointment as the PCC president but ruled out a personal meeting with him till he resolved his issues with Chief Minister Capt Amarinder Singh. The statement was issued after the minister met the CM on Tuesday evening. “Capt Amarinder Singh is the leader of the Congress Legislature Party (CLP) and I am duty-bound to follow him. Besides being the CLP leader, the Chief Minister heads the Cabinet, of which I’m a part. We have a collective responsibility and hence I will refrain from meeting the newly appointed president till issues between him and the CM are resolved,” said Mohindra.

In the past three days, Sidhu has gone to the house of ministers Sukhjinder Randhawa, Sukhbinder Sarkaria, Tript Rajinder Bajwa, Balbir Sidhu, Gurpeet Kangar, Razia Sultana and Charanjit Channi. Barring Manpreet Badal, who has welcomed Sidhu’s elevation, no other minister has so far reacted to the appointment. — TNS