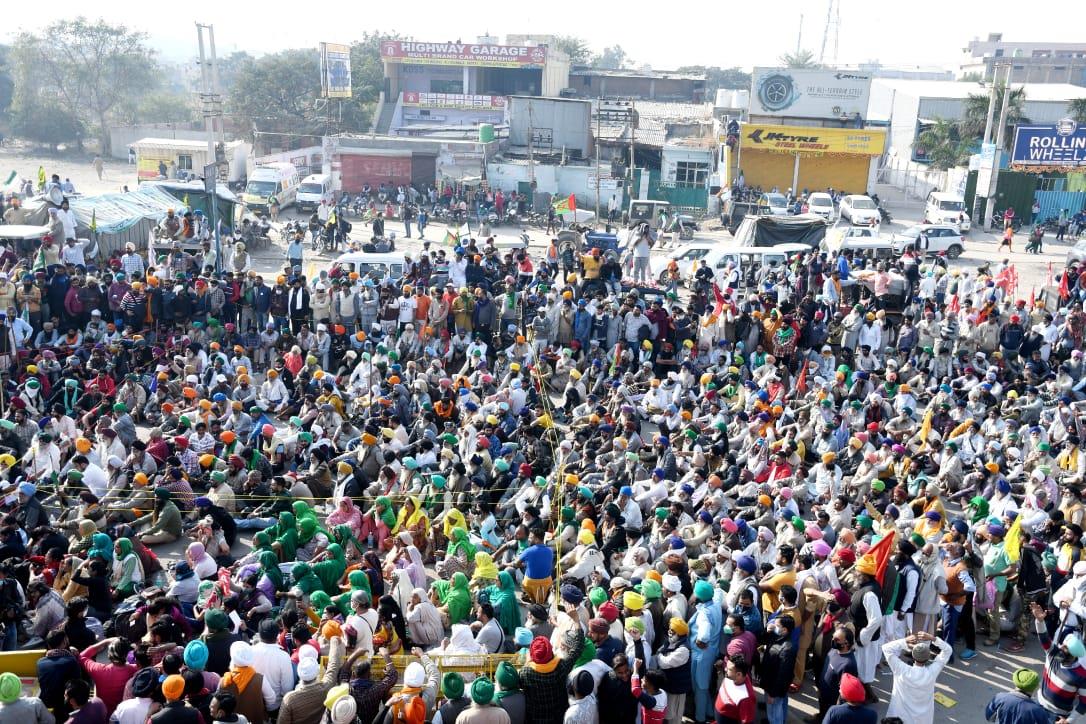 The non-resident Indians (NRIs) have openly come out in support of the protesting farmers in Delhi and has started sending them aid. The NRIs say they are worried and shocked over brutality to the farmers.

Around 50,000 Canadian dollar (Rs 25 lakhs) has been donated by Raja Dhaliwal of Canada’s “World Financial Group” and the executive team to help the farmers and they have donated for providing langar to the farmers. They have given the money to Ravi Singh of the Khalsa Aid.

Raja Dhaliwal, while releasing the video message through video conferencing, said it had been decided to do this work dedicated to the doctrine of Guru Nanak Sahib. He said he stood by the farmers and would also raise his voice for economic, community and political support.

Canada Defence Minister Harjit Sajjan tweeted: “The reports of peaceful protesters being brutalized in India are very troubling. Many of my constituents have family there and are worried about the safety of their loved ones. Healthy democracies allow peaceful protest. I urge those involved to uphold this fundamental right.”

NDP leader in Canada Jagmeet Singh has tweeted: “The violence perpetrated by the Indian govt against farmers peacefully protesting is appalling. I stand in solidarity with the farmers from Punjab and across India - and, I call on the Indian govt to engage in peaceful dialogue rather than violence.”

UK MP Tanmanjeet Singh Dhesi has posted: “It takes a special kind of people to feed those ordered to beat and suppress them. I stand with farmers of Punjab and other parts of India, including our family and friends, who are peacefully protesting against the encroaching privatization of #FarmersBill 2020.”

Standing with farmers in India, Leader of the Ontario New Democratic Party Andrea Horwath said: “Everyone deserves to be able to exercise their democratic rights without fear of state-sanctioned violence.”

Earlier, NRIs in Canada, Italy, the US, the UK and France have expressed support for farmers and also staged protests against the three farm bills passed by the Union Government recently.

The NRIs have condemned the police action on protesting farmers who were peacefully marching towards Delhi to stage a protest.

Gurpreet Singh of Canada said: “I came to Canada around ten years back and have agricultural land in Punjab. Even all my relatives in Punjab are associated with farming, I feel that these reform bills have been passed to crush the small farmers, so there is a need for everyone to come out and support our Punjabi farmers.”