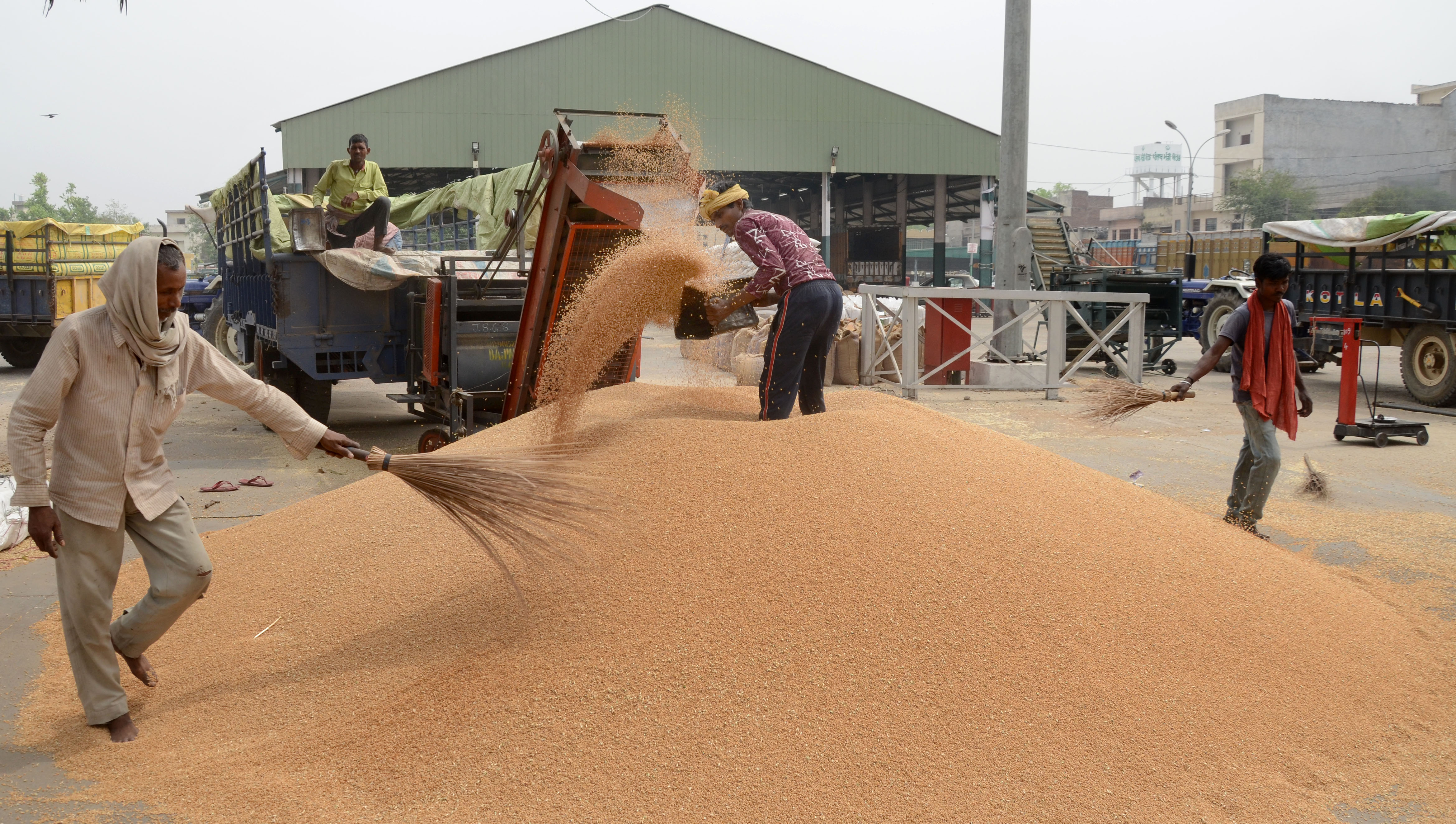 Severely hit by the heat wave, wheat crop in majority of districts of Punjab have been damaged much beyond the 6 per cent limit specified by the Government of India. To make matters worse, the yield has dropped by four quintal (400 kg) per hectare.

The shrunken and shrivelled grain in most districts has been 20 per cent, though in a few districts the damaged grain is as high as 30 per cent. This has been established in the report prepared by the Food Corporation of India (FCI), after five teams of the central agency surveyed the state mandis last week.

The worst-hit are the districts in south Malwa belt. The report, based on the samples collected by the FCI team, now forms the basis for the Government of India to decide on relaxations to be given for wheat purchase.

Sources in the FCI and the Punjab Government have told The Tribune that the FCI report had been submitted to the Union Ministry of Consumer Affairs, Food and Public Distribution, on Sunday. It was now under consideration of the ministry for allowing relaxations in specifications.

The Punjab Government, in its two representatives to the Centre, has sought that the government accept wheat up to 20 per cent shrunken and shrivelled, without imposing any value cut. In other words, the state government wants the grain be purchased without any cut in the MSP of Rs 2,015. The state government has also pleaded with the Centre to ensure that the relaxations are allowed for grain purchased during the entire ongoing wheat marketing season.

Sources said a marathon meeting was held between representatives of the state government with officers in the Ministry of Consumer Affairs, Food and Public Distribution today and a final decision by the Centre would be announced tomorrow. The state government is “hopeful of a positive response”, said the sources.

For the past one week, while the state government has been purchasing wheat through its agencies and shifting it to its godowns, FCI though purchasing wheat, is not lifting it from the mandis till a decision on relaxations is taken. Till yesterday, official sources said, 37 LMT of wheat purchased by the central agency was still lying in mandis.