Alleged irregularities in allotment of labour, cartage and transportation tenders for lifting wheat in grain markets in Ferozepur 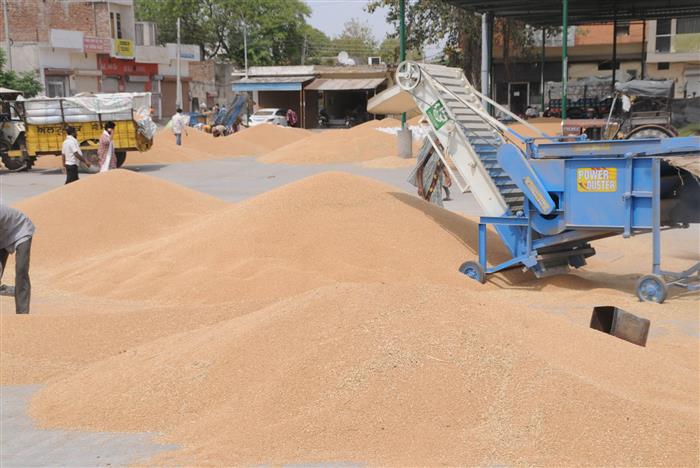 The Punjab Vigilance Bureau on Thursday claimed to have exposed a scam by discovering alleged irregularities in the allotment of labour, cartage and transportation tenders for lifting wheat in grain markets in Ferozepur.

A case has been registered against three contractors—Davinder Singh of Faridkot, and Daviderpal and Gurushakti, both from Talwandi Bhai, at the Bureau Police Station in Ferozepur, for allegedly committing a fraud causing a huge loss to the state exchequer, they said.

Davinder Singh has been arrested by the bureau in connection with the matter.

A spokesperson of the bureau said during the issuing of the tenders for labour cartage and transport in the grain markets for wheat for the current year, the contractors attached lists with the registration numbers of vehicles for transportation of goods.

It came to light that in the list, registration numbers of several vehicles such as motorcycles, Jeeps, tractors etc, were attached whereas the food grains could not be transported on such vehicles, he added.

The spokesperson said the district tender allotment committee should have rejected the technical bid of the contractors concerned as per rules, which was not done.

Instead, the officials concerned in connivance with each other committed a fraud in the labour cartage and transport tenders for the transportation of food grains, said the spokesperson.

The accused have been booked under the relevant sections of the IPC and the Prevention of Corruption Act against the accused.