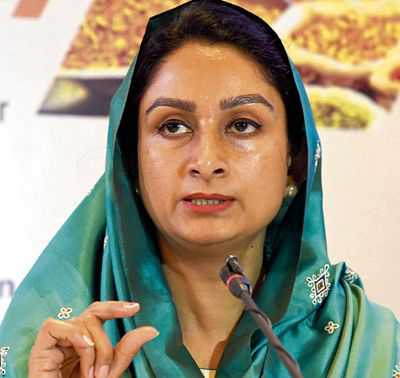 Even though farmers lodging protests against the agricultural reform Bills are still unhappy, SAD workers rejoiced after Bathinda MP Harsimrat Kaur Badal resigned as a Union Minister today. The workers said the decision would help the party “rebuild its diminishing image” among farmers and Punjabis settled across the world.

A senior SAD leader of the Lambi area, known to be close to the Badals, said, “This is a good step taken by the party leadership. Though the decision could have been taken some days ago as well, we can understand that many things have to be kept in mind if you are an alliance partner. A majority of us are also farmers and we are happy with the party’s stand.”

Earlier, launching a counter-attack on the Congress, the SAD asked Chief Minister Capt Amarinder Singh to issue a white paper on his as well as his government’s “participation”, which led to the framing of the three farm Bills.