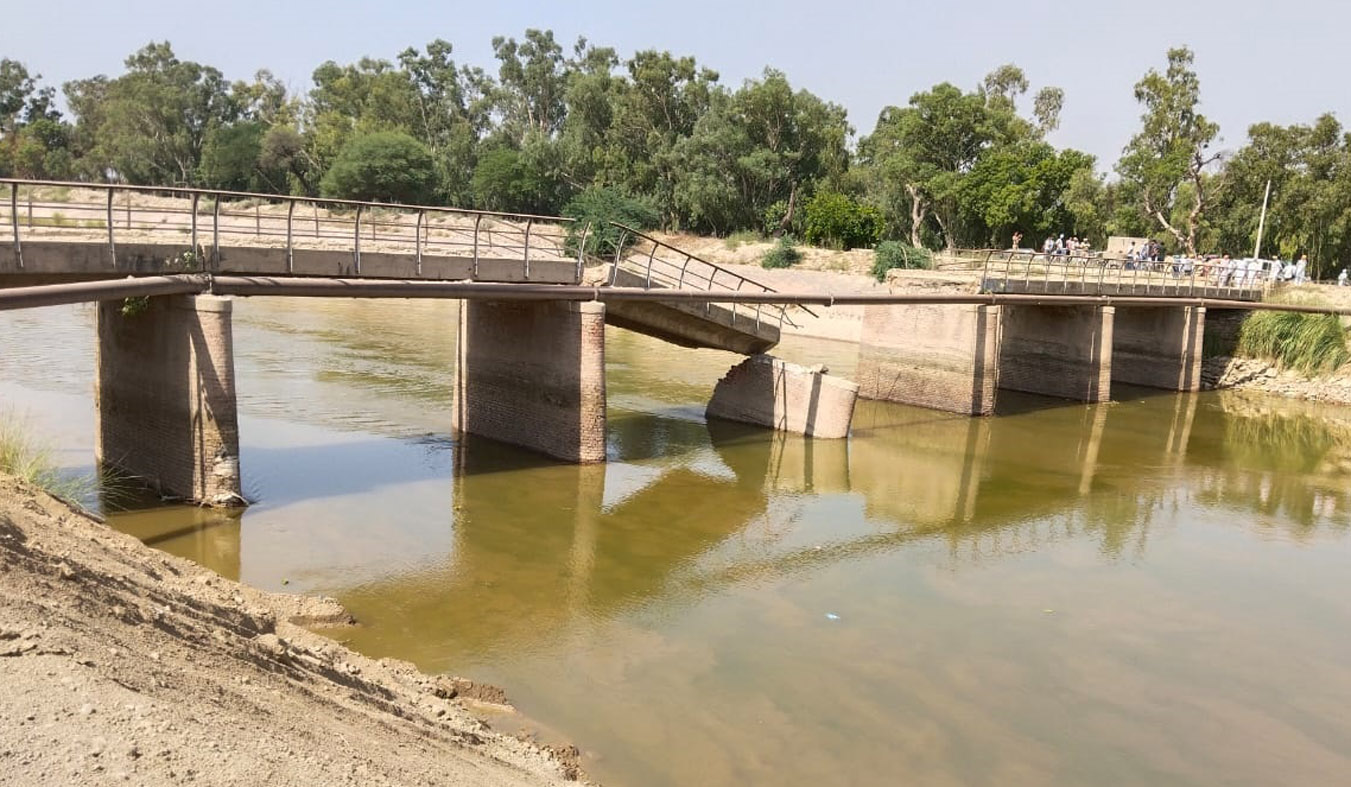 Just a few hours after releasing water into Rajasthan Feeder canal, a bridge on it partially collapsed near Chak Gandha Singhwala village on Tuesday night. The bridge has been closed for traffic.

Notably, the canal was dry since May 14 as a 250-foot breach had occurred in the parallel Sirhind Feeder canal on May 13.

Luckily, some villagers after spotting the collapsed bridge raised an alarm. Residents said the bridge was around six decades old and had attained its service life. “During the recent relining of Rajasthan Feeder canal, a ‘bundh’ was created near the bridge. The authorities concerned released the water into the canal without removing the soil, due to which the bridge collapsed,” claimed villagers.

Muktsar SDM Swaranjit Kaur visited the spot and said some residents of neighbouring villages informed her that the officials concerned had not removed the soil used to create the ‘bundh’. “I have directed to conduct the investigation,” she said.

Members of the Kirti Kisan Union lodged a symbolic protest against the authorities for their alleged negligence. The protesters claimed that after the collapse of the bridge, residents of Mandi Bariwala, Chak Gandha Singhwala, Jhabelwali, Bahmanwala, Sangrana, Chauntra and Charewan villages were affected.

“During the relining of the canal, a number of trucks loaded with sand and gravel plied on this bridge. The bridge was old and could not bear heavy load. Further, the ‘bundh’ was not removed before releasing the water yesterday. A committee should be set up to probe the multi-crore relining work,” said aggrieved residents. Repeated attempts to contact Sukhjit Singh Randhawa, executive engineer, Rajasthan Feeder canal, proved futile.