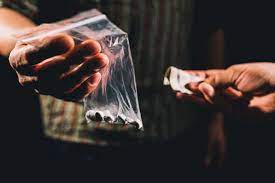 The police claimed to have seized three quintal of poppy husk from the possession of four persons. Besides, cops also seized two trucks, which were reportedly being used to transport the contraband.

Those arrested have been identified as Pargat Singh of Kabarwala village, Daljit Singh of Tamkot village, Jagsir Singh of Muktsar and Gurrajwinder Singh of Fazilka.