Mumbai, Jaipur, Delhi flights from Adampur to resume from November 20

4.3-km approach road to airport to come up at Rs39 crore 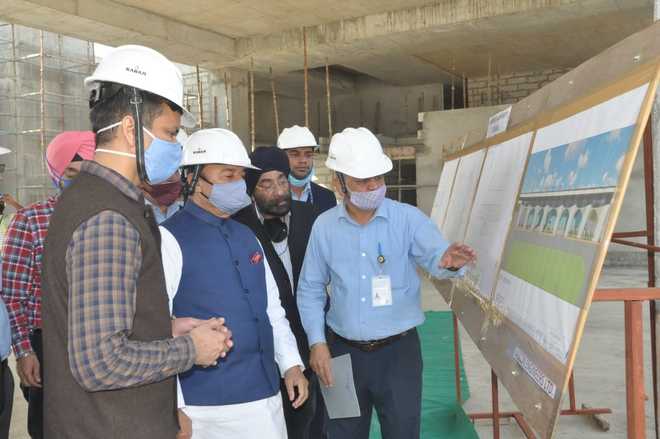 Member of Parliament Santokh Singh Chaudhary will soon apprise the Chief Minister Capt Amarinder Singh about the need for a 4.3-km approach road of Adampur airport to be constructed at a cost of Rs 39 crore.

While presiding over the maiden meeting of the Adampur Airport Authority, the MP said he would soon meet the Chief Minister for early completion of this pending project. Jalandhar Deputy Commissioner Ghanshyam Thori and Kewal Krishan, Director, Adampur airport, among others were also present.

During discussion, it was informed that survey for this 4.3- km stretch had been done and requisite land would be acquired for the project. It was also informed that under this project direct road would lead to the airport via Mehtiana village, which would immensely benefit passengers. The MP directed the authorities concerned to ensure proper repair and maintenance of the connecting road.

The Advisory Committee also decided to write the Airports Authority of India for throughout week flights to Delhi as there was six-day flight operations earlier, which reduced to three days a week. The MP said from November 20 flights for three major cities, including Mumbai, Jaipur and New Delhi, with daily flight to Mumbai, besides thrice a week for New Delhi and Jaipur on Friday, Saturday and Sunday, and Tuesday, Wednesday and Thursday, will be operational.

Meanwhile, Chaudhary also took stock of the ongoing project of new terminal being constructed at the airport. The officials informed the MP that this terminal would be completed by June.

Chaudhary directed to accomplish the project within stipulated time frame. The terminal would come up at 6,000 square metres where 300 passengers could be seated, besides parking arrangement for 150 vehicles. The MP along with the Deputy Commissioner planted a sapling at the airport.