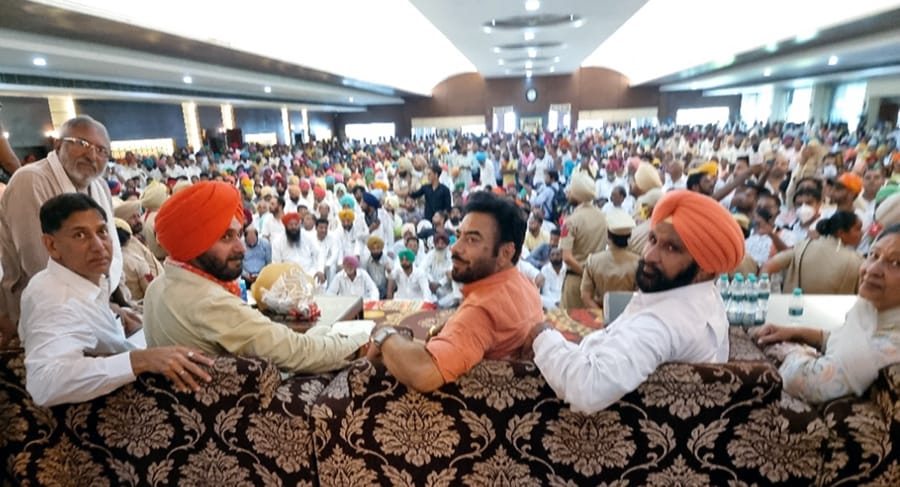 He was addressing a party workers’ meeting here that turned into a rally.

Claiming that the “mafia raj” was established during the previous SAD-BJP government, Sidhu said it continued to propagate afterwards, which needed to end in order to pave the way for a clean and transparent government.

“I know the Akalis and some leaders among us are hand-in-glove with each other, bought lands together and run businesses jointly. We have to show them the door,” he said to a cheering crowd.

He alleged that the Badal family was responsible for the fiscal mess in the state. “Sukhbir Badal is a liar who is making false promises of giving 400 units of free power to consumers at a time when the state is under a debt of Rs 3 lakh crore. I would like to ask Sukhbir from where he will bear the expenses of such populist announcements,” he asked.

“We will also bring Bills in the Vidhan Sabha to annul the three controversial farm laws so that they cannot be implemented in the state,” he said, adding that the Congress stood by the farmers to meet their demands.

While stressing the need to increase revenue of the state government, Sidhu said he would ask his government to review the mining,  excise and cable network policies so that the revenue could be increased for granting benefits to government employees, MNREGA workers, anganwari workers and all contractual employees, besides creating job avenues for the unemployed youth.