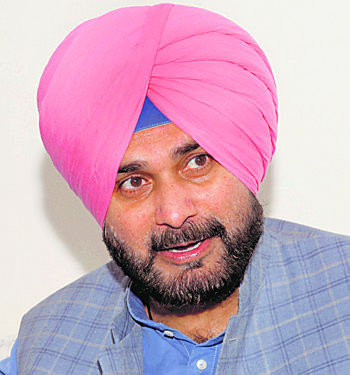 Chaudhary’s communication is based on an internal note sent by PCC chief Raja Warring regarding Sidhu’s “repeated acts of breach of party discipline, amounting to anti-party activities”. Chaudhary has recommended that an explanation be sought from the former PCC chief as to why disciplinary proceedings should not be initiated against him.

The communication is learnt to have reached the AICC’s disciplinary committee, which is likely to take a call in the coming days.

This comes days after another former PCC chief, Sunil Jakhar, was show-caused by the disciplinary committee for his alleged anti-party activities.

Basing his communication on an internal note by Warring regarding Sidhu’s activities, the Punjab affairs incharge has pointed out the former PCC chief had been continuously criticising the functioning of his own government by terming it corrupt and accusing it of being hand in glove with the SAD. He had set a wrong precedent despite being advised to do so, the letter points out.

Pointing towards Sidhu’s conduct on the day of Warring’s installation as the PCC chief, Chaudhary has stated his actions were “inexcusable” as he simply met Warring and left the venue in a hurry, whereas the entire state leadership attended the function to put up a united face. The former PCC chief cannot be allowed to portray himself above the party and set an example for others to follow, he has observed. The rebellious tone struck by Sidhu and his meetings with expelled party leaders such as Surjit Dhiman and Kewal Dhillon had not gone down well with the top leadership, which had been closely watching public utterances by senior state leaders.

Chaudhary, without naming Sidhu, had recently said no one would be allowed to run parallel activities. “Irrespective of the position, all have to fall in line. Indiscipline will not be tolerated. You will come to know about it in the coming days,” he had said.

Earlier in the day, in response to Prashant Kishor’s cryptic tweet, Sidhu took to Twitter and wrote: “The first blow is half the battle my friend… A good beginning always makes a good ending… Best always in your sincere efforts to honour the spirit of our Constitution… ‘The power of people must return to the people’, manifold”.