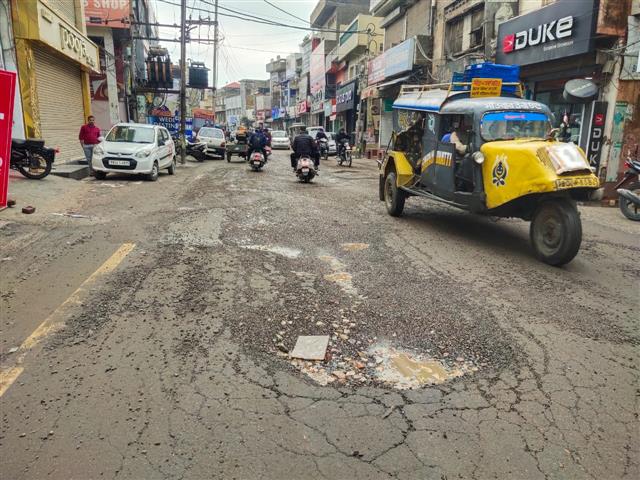 Choked sewers, broken roads and poor sanitation in this constituency have been the major issues faced by local residents for years, but no solution has been offered so far. They say some roads were re-carpeted recently but only to expose the use of substandard material and wastage of funds as they developed potholes after a brief spell of rain.

Kavita Kishor, a resident of New Teacher Colony, said: “Life comes to a standstill as almost all streets and roads get inundated during rains. Localities such as Kothi Road, Raja Mohalla, Kulam Road, Balmiki Mohalla, Pandora Mohalla, Railway Road, Palm Road and Ravidass Mohalla are the worst-hit. They remain flooded with rainwater for several hours due to lack of proper drainage system in the town.”

Locals say Rs 5 crore were recently spent on the Langroya-Mahalon bypass road, but within just 20 days it developed deep cracks and some patches caved in amid rain. Similarly, Rs 85 lakh were spent on the Railway road, which, too didn’t last for more than two months, they said.

Amandeep Saini, another resident, said despite being one of oldest towns and an NRI hub, the city and its villages lacked civic amenities. He alleged whatever development had taken place in villages was due to NRIs’ support.