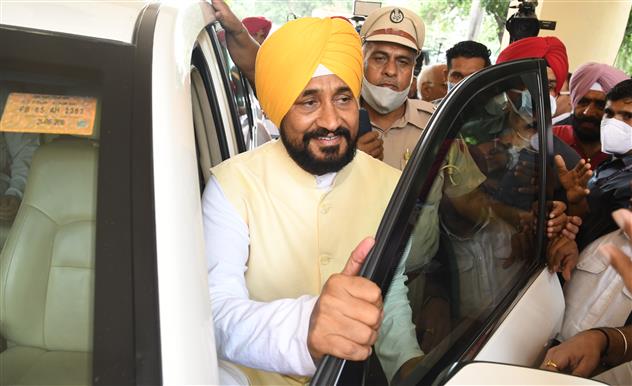 In a statement, Sharma said it was “shameful” that such a person was appointed the chief minister of Punjab.

“This is shameful and highly objectionable that such a person has been appointed as the CM of Punjab. We do not want another woman to go through the same experience and endure the same harassment that the IAS officer would have faced. Channi needs to be held accountable and should resign from the post of CM,” she said.

Sharma said the Punjab State Commission for Women had taken cognisance of the incident yet the state government did not take any action against him.

“I am shocked and utterly disappointed to find that Charanjit Singh Channi, a MeToo accused who had allegedly sent an inappropriate text message to a female IAS officer in 2018, has been appointed as the chief minister of Punjab,” Sharma said.

“One can only imagine what would be the state of women safety in the state given the one at the helm of affairs is himself accused of threatening women security. If an IAS officer has been denied justice in the state, how can the Congress ensure that the common women of Punjab would be safe? Despite being a woman herself, the Congress chief did not consider the MeToo allegations made against Channi and appointed him the CM,” she said.

The issue had resurfaced in May this year when the Punjab women panel chief threatened to go on a hunger strike if the state government failed to apprise her within a week of its stand on the “inappropriate text” message allegedly sent by Channi, who was then a minister in the Amarinder Singh government.