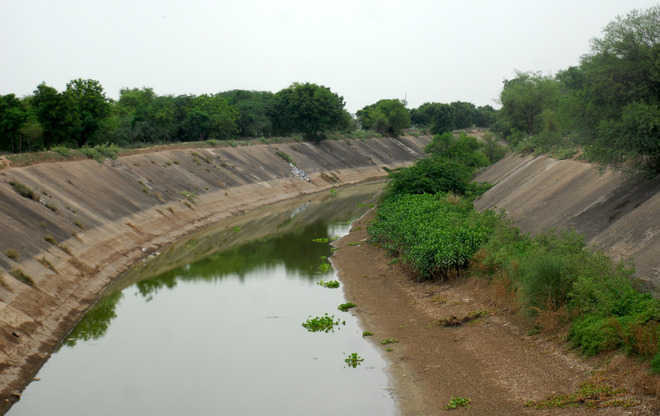 The Supreme Court on Tuesday asked the Chief Ministers of Punjab and Haryana to attempt a negotiated settlement of the Sutlej-Yamuna Link (SYL) Canal issue that has defied any solution for decades despite several rounds of litigation.

A Bench headed by Justice Arun Mishra said talks should be held between the two states at the highest political level.

Stating that the Centre had been trying to facilitate talks between the two sides, Attorney General KK Venugopal requested the top court to give more time for the purpose.

The Bench, which wanted the two states to clearly tell it if they could solve it through negotiations or not, indicated the matter would be taken up in the third week of August.

Punjab has been demanding a negotiated settlement between the two states with the help of the Centre while Haryana maintained it can’t be made to wait indefinitely despite having a decree in its favour.

The Supreme Court had earlier told the Centre, Punjab and Haryana to conclude their talks on the construction of the SYL canal “as soon as it can be”. Else, it would proceed to decide the matter, it had said.

At the root of the problem is the controversial 1981 water-sharing agreement after Haryana was carved out of Punjab in 1966. For effective allocation of water, the SYL canal was to be constructed and the two states were required to construct their portions within their territories.

While Haryana constructed its portion of SYL canal, after the initial phase, Punjab stopped the work, leading to multiple cases.

In 2004, the Congress government in Punjab came out with the Punjab Termination of Agreement Act to terminate the 1981 agreement and all other pacts relating to sharing waters of the Ravi and the Beas rivers.

In 2002, the Supreme Court had decreed Haryana’s suit and ordered Punjab to honour its commitments on water sharing.

Punjab filed an original suit that was rejected in 2004 by the Supreme Court which asked the Centre to take over the remaining infrastructure work of the SYL canal project.

In November 2016, the Supreme Court had declared the law passed by the Punjab Assembly in 2004, terminating the SYL canal water-sharing agreement with neighbouring states, as unconstitutional. It had answered in the negative all four questions referred to it in a Presidential Reference.

But in early 2017, Punjab returned the land — on which canal was to be constructed — to the landowners.

The top court has said repeatedly it didn’t intend to revisit the facts and issues already adjudicated upon. The decree already passed has to be executed and it should not be treated as a paper decree, it had said.

Haryana maintains that it cannot be made to wait long for construction of the canal. Any further delay in execution of the top court’s decree passed in 2002 would lead to people losing faith in the judicial system, it has said.

On the other hand, Punjab says the decree was not executable and the state required time to argue its case. It has told the Supreme Court that the canal land returned to the landowners could not be recovered.

Punjab has contended that there were difficulties in implementation of the court’s decree. The decree was premised on the fact that there was enough water in the river. But now there is not much water flow, making it impossible to give effect to it.