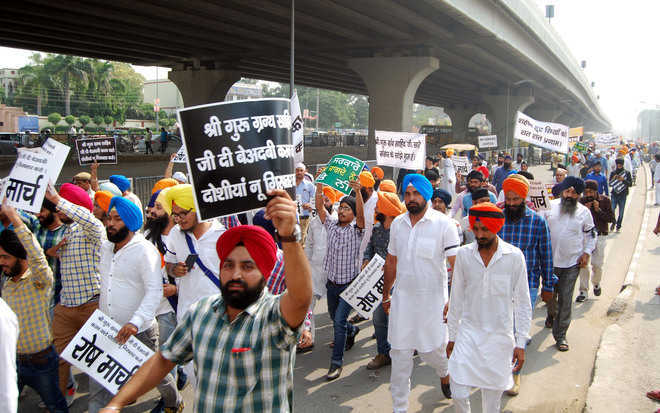 As per the details submitted by the SIT in the court today, the new head of the SIT is Surinder Pal Singh Parmar, replacing Ranbir Singh Khatra. File photo

Over two months after the Punjab and Haryana High Court directed the Central Bureau of Investigation (CBI) to hand over the diaries and papers relating to investigation into the sacrilege incidents of 2015 to the Punjab Police and asked the state government to replace the head of its special investigation team (SIT), the latter today submitted information before the court of Judicial Magistrate here about changing its chairman-cum-head.

As per the details submitted by the SIT in the court today, the new head of the SIT is Surinder Pal Singh Parmar, replacing Ranbir Singh Khatra.

Khatra was the chairman of the SIT constituted by the state government on April 22, 2020, to probe the sacrilege incidents at Burj Jawahar Singh Wala and Bargari in Faridkot in 2015.

As the accused in this case, who are members of Dera Sacha Sauda, had accused Khatra of being prejudiced, in its order dated January 4, 2021, the High Court had directed that the SIT now be presided over/headed by an officer other than Khatra. While Khatra has been removed as the head of the SIT, the state government has retained him as its member.

While earlier the case was proceeding before a CBI court in Mohali, as per the High Court orders, the SIT shall submit a supplementary report to the court at Faridkot now. The court would then examine the reports and all the evidence gathered by both agencies (SIT and CBI) and pass an appropriate order thereupon.