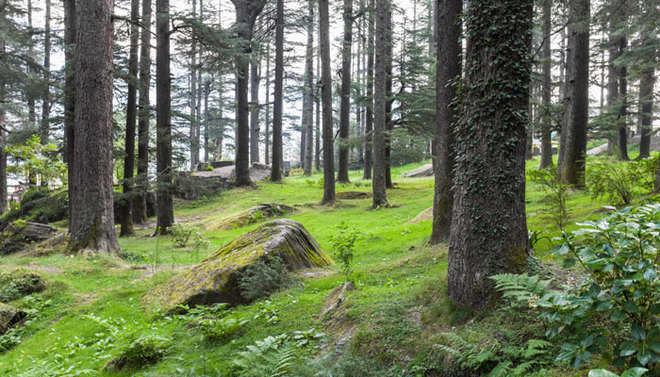 In a bid to spread greenery near National Highways across Punjab, a joint massive plantation drive has been launched by the Punjab Forest Department with the collaboration of National Highway Authority of India (NHAI). The drive was formally initiated by signing of an MoU between the department and NHAI today under the Green Highways Mission Project.

VB Kumar, Principal Chief Conservator of Forests, (HoFF), said the project aims to bring land acquired by the NHAI under plantation so as to increase productivity of the land, to add to ecosystem services along the highways and hence transform them to lush green linear forests.

The formal collaboration between the two agencies started with the first plantation project (2020-21) on NH-54 (Amritsar-Pathankot section) undertaken by the Forest Department at the behest of the NHAI, which has given fruitful results.

He said, “we shall be taking up plantation on five National Highways across the state where we intend to plant 1,36,842 saplings during the current plantation season in financial year 2021-22 and ensure its subsequent care by doing various maintenance operations.”

The total financial outlay for the project is Rs 25.42 crore out of which Rs 20.37 crore will be utilised during the current financial year for doing various earthworks, plantation, care and protection through barbed wire and tree guards. The plantation will be

jointly monitored through IT-enabled apps and wherever possible QR code will be shared for public disclosure/ dissemination. — TNS