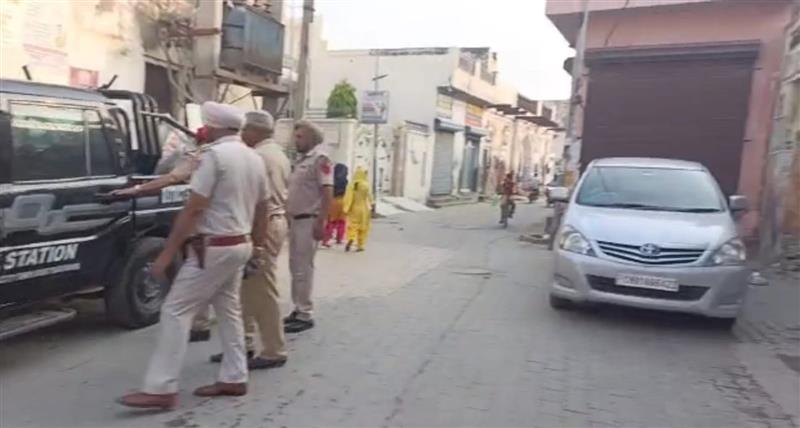 A police team at Bagh Wali Gali in Muktsar on Monday.

Sources said the NIA officials accompanied by the local police asked the details of a mobile phone number from the house owners at Bagh Wali Gali.

The family reportedly told them that they were not using the phone number for the past four years. The NIA officials left after half an hour.