No cellphone, no X-ray at Government Mata Kaushalya Hospital, Patiala : The Tribune India 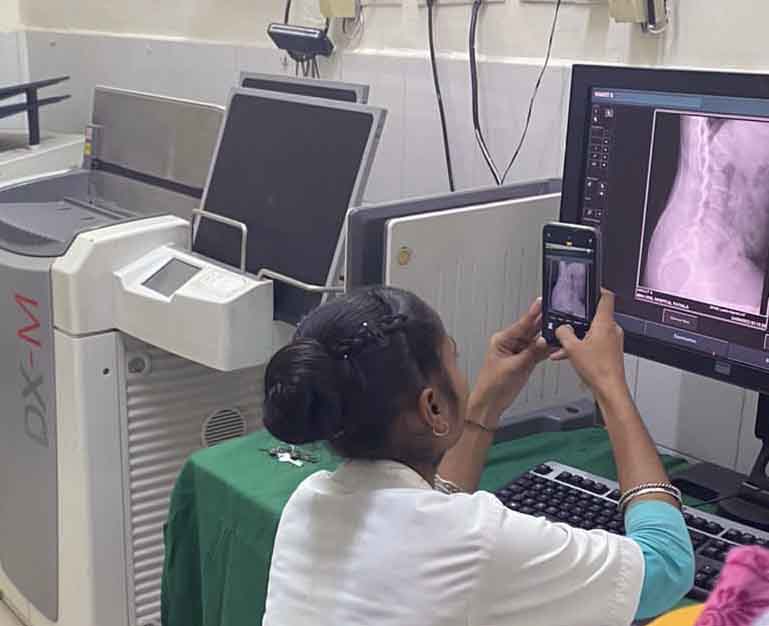 Whenever the district hospital runs out of the X-ray films, employees make a bizarre announcement: “Only those who have smartphones should come for X-ray.”

The staff at Government Mata Kaushalya Hospital, a district hospital in the home district of state Health Minister, say that this done to make patients get a photograph of the X-ray from their phone to show it to the doctor.

As a result, a majority of the needy patients become ‘ineligible’ as they do not have smartphones. Notably, X-ray is a common non-abrasive imaging test used to view the inside of your body by the doctors.

Fuljaria Devi (53), a construction labourer, had a keypad phone (not a smartphone). She said: “My son works near the Focal Point. Only he has a smartphone. Now, I will have to get my son to get my X-ray done.”

Manjit Kaur, a daily-wager, who reached the hospital for treatment, said: “I do not have a smartphone. I have pleaded with many people for help but no one is ready.”

A senior doctor, who was to examine X-ray on the smartphone, said: “This is so unfortunate that the patients have to go through this. X-ray is not clearly visible on smartphones and we often face difficulties in diagnosing the patients.”

Ironically, the Health Minister had visited the hospital just two days ago.

Dr Sandeep Kaur, Medical Superintendent, Government Mata Kaushalya Hospital, said: “This saves money. However, if someone does not have smartphone, the staff of our X-ray department directly sends the shots to the doctor concerned.”