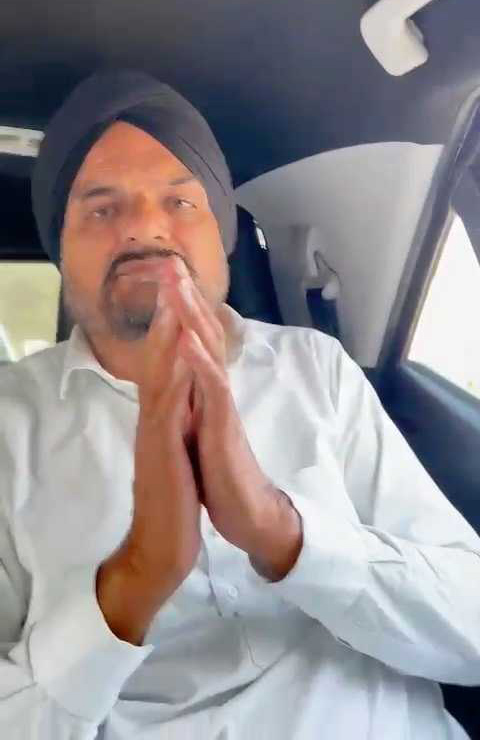 Sidhu Moosewala’s father Balkaur Singh on Saturday put to rest speculation regarding him contesting the byelection from the Sangrur Lok Sabha constituency by posting a video on the Instagram account of his son.

Chandigarh: Sidhu Moosewala’s father Balkaur Singh, accompanied by wife Charan Kaur, on Saturday met Union Home Minister Amit Shah and demanded an inquiry by a central agency into their son’s killing. Shah promised the parents that the issue would be handled by the agency concerned at the earliest. TNS

Balkaur said: “I am saddened at rumours doing the rounds on social media. People should not believe these. I am yet to overcome the pain of my son’s loss. I have no intention of contesting any election.” He urged people not to spread unnecessary rumours. Thanking those who stood by him in his hour of distress, he appealed to the singer’s fans to attend his bhog on June 8. “I will share my thoughts with you all at the ceremony,” he said.

Warring made the appeal through a tweet after agricultural economist Dr Sardara Singh Johl made a suggestion in this regard. “Nothing can compensate Sidhu Moosewala’s loss to his parents. Dr Johl has suggested Balkaur be fielded as a consensus candidate for the Sangrur bypoll and he gets elected unopposed. I endorse it. Hope all other parties agree,” the PCC president wrote on Twitter, urging everyone to put politics of one-upmanship aside.