No word yet on Navjot Singh Sidhu's release, but 'welcome' posters surface : The Tribune India

No word yet on Navjot Singh Sidhu's release, but 'welcome' posters surface 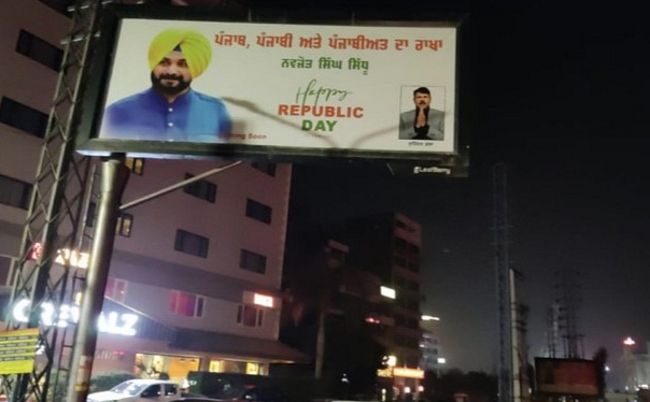 A hoarding which has come up in Ludhiana. Tribune Photo

Despite uncertainty prevailing over the premature release of Congress leader Navjot Singh Sidhu from the Patiala jail, where he is serving a one-year sentence in a road rage case, his supporters today put up posters and banners in Ludhiana and some other places to welcome the former Pradesh Congress Committee (PCC) chief upon his release.

Showing exuberance, Sidhu’s supporters have addressed him as the “protector of Punjab” in the posters.

A close associate of the jailed leader said the air over speculations on Sidhu’s release would be cleared on January 26.

However, there is no official word on Sidhu’s release from Chief Minister Bhagwant Mann, who also holds the Jails portfolio.

It is being speculated that Sidhu could be among 50 prisoners who are likely to be given special remission under the “Azadi Ka Amrit Mahotsav”. They were to be released in three phases — August 15, 2022, January 26, 2023, and August 15, 2023. Sidhu is serving a one-year sentence and has completed about 68 per cent of his sentence in jail without a parole or furlough.

Senior party leaders are, however, keeping their fingers crossed and are desisting from issuing a statement on Sidhu’s release.

Without referring to Sidhu, Leader of the Opposition in the Vidhan Sabha Partap Singh Bajwa had yesterday sought a clarification from Chief Minister Mann on whether the Cabinet had approved the remission and forwarded the list of Punjab prisoners.

Supporters to gather outside jail