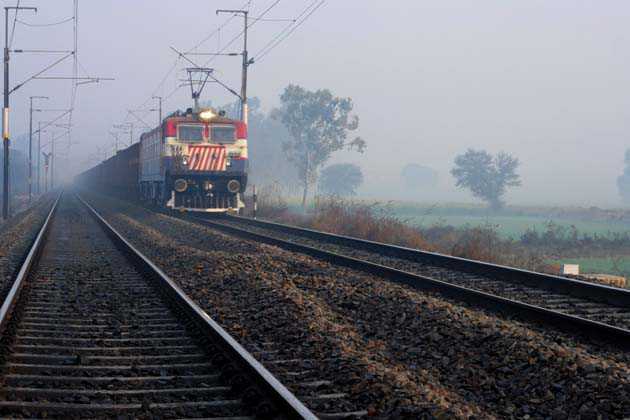 The Northern Railway has completed the electrification work of 130 km section in Punjab and Haryana which will ensure that no more diesel locomotives are used in the stretch, officials said on Thursday.

The electrified lines include 62 km-long Dhuri (Punjab)-Jakhal (Haryana) line and the 68 km Dhuri-Lehra Mohabbat single line in Ambala Division, a statement from the Northern Railways said.

A speed trial for up to 120 kmph was also done in these sections.

The Dhuri-Jakhal section in the significant Ludhiana-Dhuri-Jakhal line is a railway line connecting Ludhiana in Punjab and Jakhal in Haryana. The Dhuri-Lehra Mohabbat section falls in the Rajpura-Bathinda line and will be significant as it will improve mobility.

"While we have electrified major routes on northern railways, there are patches where our trains get delayed because the electric locomotive has to be changed to diesel on them. With the electrification of these sections, it will be a seamless travel, there will be no delays and above all, it will save energy. This is a significant move of the railways towards 100 per cent electrification," an official said.

Intensive inspections of the sections were carried out by Chief Commissioner of Railway Safety Shailesh Kumar Pathak.

Several other structures like ROBs, RUBs, level crossings and FOBs on the line were also checked during the inspection. The CCRS also inspected the railway stations and their amenities located on the sections.

Rajiv Chaudhry, General Manager Northern and North Central Railways, said the CCRS expressed satisfaction over the electrification work done and has accorded approval for the use of the sections by Railways. The railway lines have been put to use and Northern Railway has started train operations on them.

All routes on BG network are planned to be electrified by December 2023. Amid the coronavirus pandemic in which all passenger services remained suspended, the Railways commissioned 365 km route for electrification. PTI