Notice to arhtiya for bringing paddy from Rajasthan 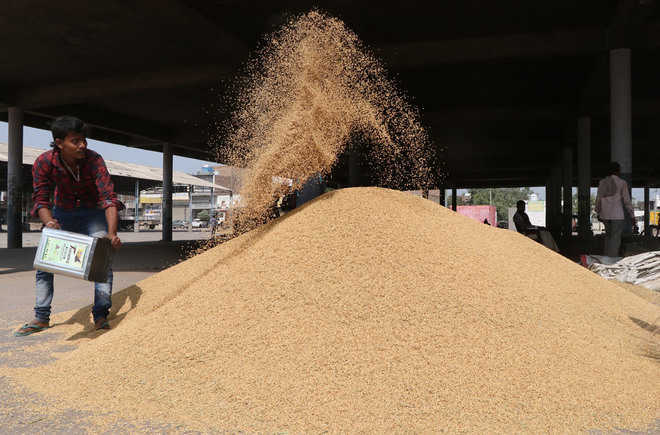 The market committee today issued a notice to an arhtiya for transporting paddy from other states.

Sources said he had purchased 350 quintals of paddy from Rajasthan below the minimum support price (MRP). It is learnt that Punjab-based traders purchase hundreds of tonnes of paddy, wheat and mustard from neighbouring markets of Sadulshehar and Sriganganagar at lower prices and then sell the same to state and Central agencies at the minimum support price. Though nakas are laid on the Abohar-Sriganganagar and Abohar-Hanumangarh highways to prevent the movement of trucks coming from other places, link roads connecting Abohar with Rajasthan defeat the purpose. — OC