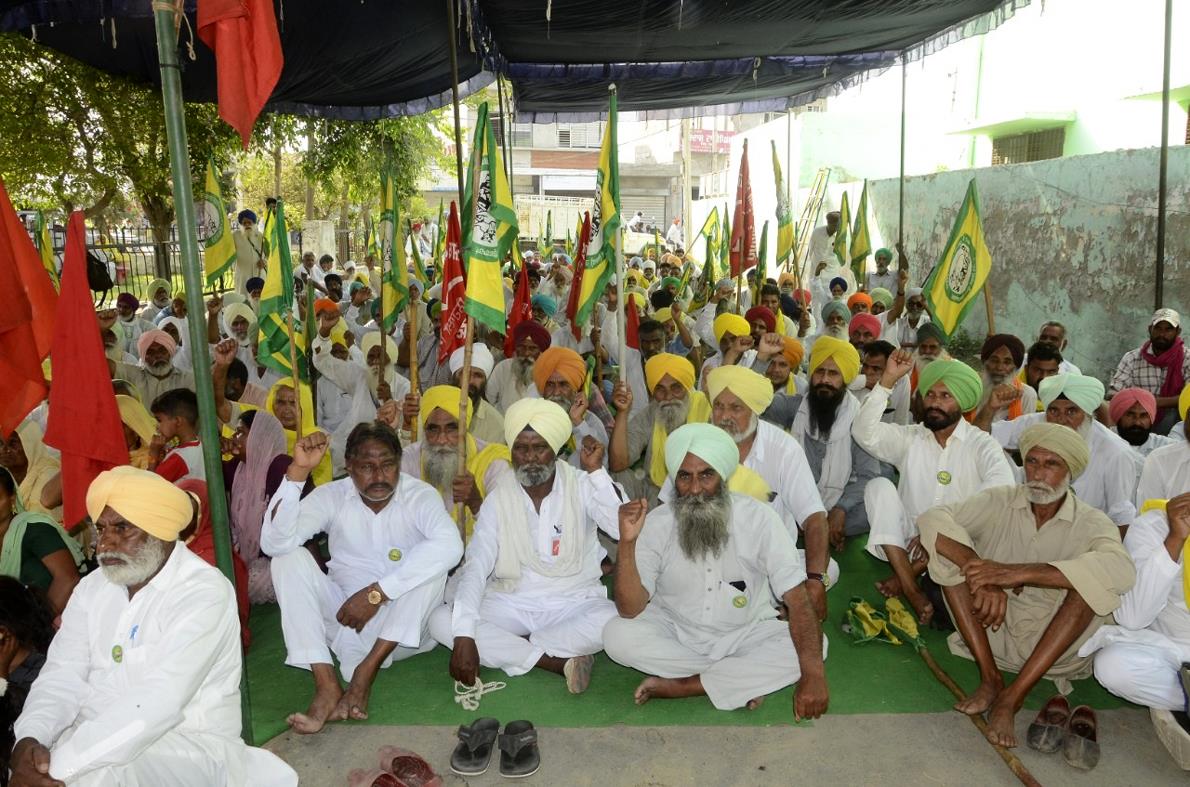 Farmers under the banner of BKU (Ekta Ugrahan) today started an indefinite protest outside the District Administrative Complex (DAC) here, demanding action against the DC for allegedly ordering lathicharge on them, compensation for the crop lost due to pink bollworm and cancellation of the FIR against them for holding revenue officials captive in Lambi on Monday.

On Tuesday, the police had booked nine farm leaders and nearly 150 unidentified persons in the Lambi case. Later, the farmers blocked the national highway at Lambi and lifted it in the evening after announcing they would start an indefinite protest outside the DAC on Wednesday.

Gurpash Singh Pasha, an accused in the Lambi case, said, “We were upset with the naib tehsildar, not others. We told the rest of the staff to leave, but they insisted on staying. Later, the police used force on us after following the DC orders. We want the FIR cancelled, action against the DC and crop loss relief.”