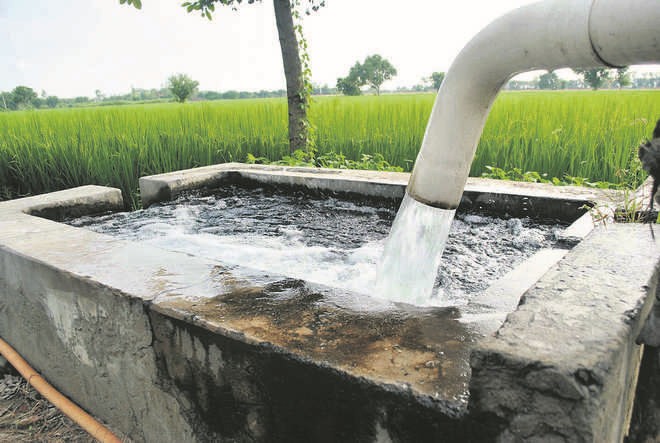 Unauthorised extraction of groundwater without mandatory permission in the state would now attract a penalty between Rs 8 and Rs 22 per cubic metre per day.

The regulation forms part of the draft groundwater guidelines prepared by the Punjab Water Regulatory and Development Authority (PWRDA), inviting public objection by December 17 before the guidelines are notified.

The extraction of groundwater for agriculture, drinking and domestic usage has been exempt from the provisions. It has been proposed for volumetric charge of groundwater extraction and based on water meters to be installed by all users.

To give relief to micro, small and medium enterprises, slab rates have been proposed, with minimal rates for small volumes of groundwater extracted up to 10 cubic metres per day.

The state has been divided into green, yellow and orange zones. The highest groundwater charges would apply to the orange zone, which is the most water stressed and the lowest charges would be in the green zone.