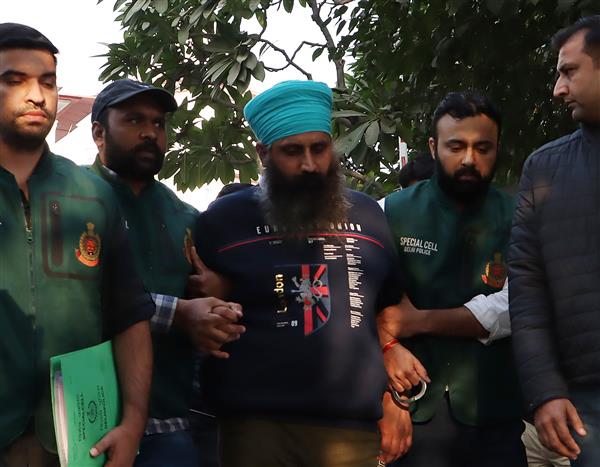 Rajwinder Singh, accused of killing a woman four years ago in Australia, after his arrest by the police in New Delhi on Friday. Tribune photo

Amritsar-based NRI Rajwinder Singh, who had fled Queensland in Australia after allegedly killing a woman four years ago and was carrying a reward of 1 million Australian dollars (over Rs 5.4 crore), was arrested by the Delhi Police on Friday. He was produced before a Delhi court, which sent him to five-day judicial custody.

Rajwinder (38), who moved to Australia two decades ago, originally hailed from Butar Kalan village, near Mehta, 45 km from Amritsar. He allegedly murdered Toyah Cordingley (24) on a beach in Queensland in October 2018, and was on the run since then.

A joint press release by the Australian Federal Police and Queensland Police Service claimed he was hiding in Punjab. Swapan Sharma, SSP, Amritsar Rural, said, “As per our information, he never visited his Amritsar home since 2018.”

Rajwinder worked as a nurse in Innisfail. Following the crime, he left his wife and three children in the town and fled. His father Amar Singh and brother-in-law Harpreet Singh also live there.

He was not the only suspect. The Queensland Police had earlier said there were “several persons of interest” who were being actively investigated. Since Rajwinder’s location was found near the crime spot, the police had enough circumstantial and documentary evidence to name him as the prime suspect. The Interpol had issued a Red Corner Notice against Rajwinder, following which a non-bailable warrant was issued by the Patiala House Court on November 21 under the Extradition Act. A senior police officer said based on inputs shared by the CBI and their Australian counterparts, the accused was nabbed from near GT Karnal Road at 6 am on Friday.