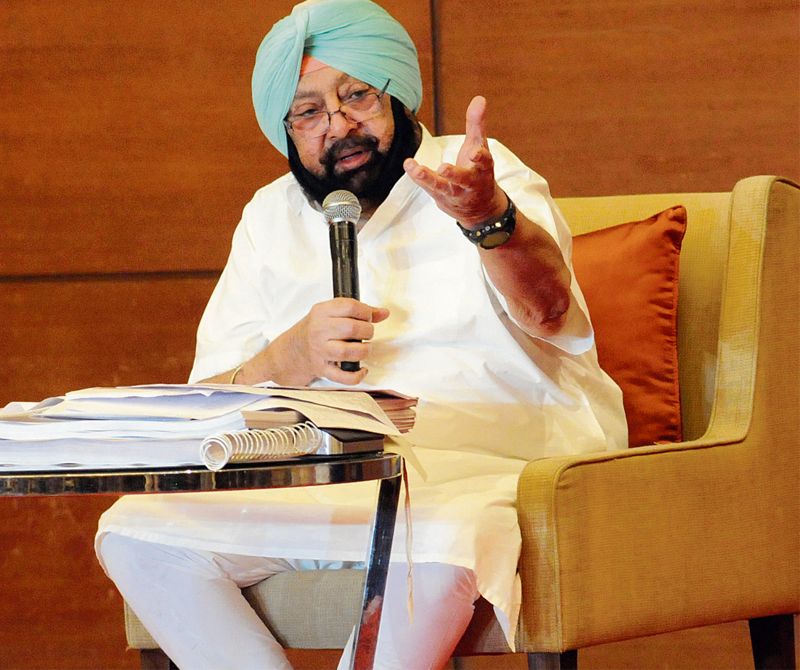 Addressing a press conference here on Wednesday, former Punjab CM Capt Amarinder Singh hinted at possible seat-sharing with the BJP and breakaway Akali groups, claiming the Congress was nowhere in the picture and his fight in the coming Assembly elections would be with the Shiromani Akali Dal (SAD).

Many are in touch with me

If Rahul Gandhi needs to hold back-to-back meetings with Punjab Congress MLAs, what does it mean? I will not mention names. Already my supporters are being harassed. Capt Amarinder Singh, former Punjab CM

None of his former Cabinet Ministers, MLAs or senior party leaders considered close to him showed up, but the former CM claimed many were in touch and they would come out in the open at the right time.

“I will not mention names. Already my supporters are being harassed. I promise that we will contest all 117 Assembly seats”, he said.

Asked how many MLAs were in touch with him, he quipped: “If Rahul Gandhi needs to hold back-to-back meetings with Punjab Congress MLAs, what does it mean?” Asked as to why he had not resigned from the Congress yet, he replied: “I have spent 50 years in the Congress, how does it matter if I stay for another 10 days?” Heading a delegation of agricultural experts, Captain is scheduled to meet Union Home Minister Amit Shah on Thursday to find a solution to the farmers’ stir.

The ex-CM vowed to defeat Sidhu in the coming polls. Citing surveys, he claimed there had been a 25% drop in Congress’ popularity ever since Sidhu took over the reins of the Punjab Congress. He rejected the claim that a majority of MLAs had opposed his continuation in office, saying: “Once they (party leadership) made up their mind to replace me, these excuses were made.”

Trashing allegations against his Pakistani friend Aroosa Alam, Captain said she had been visiting him for 16 years and he would invite her again. He shared with the media a booklet titled “Facts v/s Disinformation”, detailing achievements of his government.

Navjot Sidhu, meanwhile, took another dig at him, calling him the “negative force” who had stalled “justice and development.”