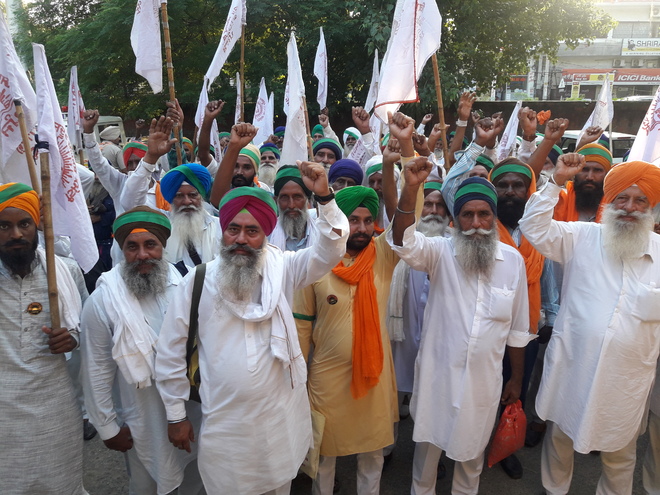 Around 15 years ago, when a small group led by Stanam Singh Pannu broke away from parent organisation Kisan Sangharsh Committee, nobody beyond the majha area of Punjab even took notice of the development. But over the years, due to its struggles, Kisan Mazdoor Sangharsh Committee (KMSC) gained momentum and emerged as one of the main farmer unions of the state.

Once a small group of majha, now the KMSC has strong presence in almost seven or eight districts of Punjab.

Once an activist of the Communist Party of India (Marxist), Pannu, who hails from Piddi village near Tarn Taran district, has been active in the farmers’ movement for the past almost three decades. He along with some other members broke away from the CPM around two decades back and formed the Kisan Sangarsh Committee.

However, Satnam Singh Pannu developed differences with leader Kanwalpreet Singh over the “dictatorial attitude” in the organisation and formed Kisan Mazdoor Sangharsh Committee Punjab in 2007 after his demand for election for the office bearers of the union was turned down.