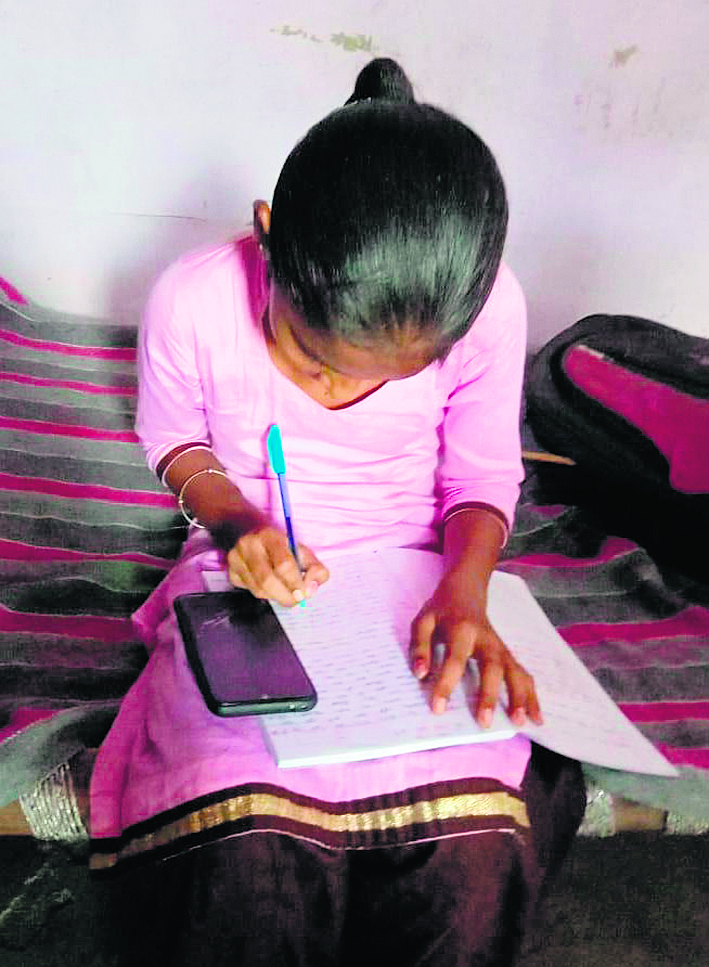 Sandeep Kaur and Anita Rani, both from poor families and students of a government middle school in Lohian tehsil, used to visit their friends’ homes for online study due to lockdown, but that couldn’t continue for long.

There were times when neighbours did not let them in or cooperate otherwise. Both girls’ fathers, who work as daily-wagers and whose earnings had already plummeted due to the lockdown, somehow arranged smartphones for them so that they could cover their syllabi in time. Availability of smartphones for their daughters’ education took precedence over the availability of rations or other essentials in both households.

“We had never thought that we will have to shell out money for a smartphone while we are already faced with so many other problems,” said Anita’s father Hazara Singh. Left behind in studies due to non-availability of a phone, his daughter used to cry often, so he recently bought a new phone for her by spending Rs 4,000 from his meagre resources, he said.

Joginder Singh of Mundi Shehrian village, a farm labourer, said his daughter Sandeep used to visit her friend’s house to study online, but her performance was affected. He then bought a phone from one of his friends for Rs 3,000. “I have paid Rs 2,500 and will pay the remaining Rs 500 soon,” he said.

There are several students in rural areas whose fathers cannot afford even proper rations for their families, but they are ready to borrow or buy smartphones for their children’s studies.

Father of Ashish Kumar (16) is a factory worker. Recently, he bought a second-hand phone for Ashish. “We have got it for Rs 3,500. Now, I will be able to study properly,” Ashish said.

Ravinder Kang, Principal of Uggi Government Primary School, said, “Many parents have bought phones for their children as they don’t want their studies to suffer.”

Chandigarh: The Punjab Government is all set to launch “Educare” app within a fortnight. The mobile-based app will have chapters, assignments and quizzes for pre-primary to Class XII students on a single platform. As a result, students of around 19,500 government schools would get access to classroom lessons and appear in tests even if they miss their classes due to non-availability of smartphones.