Only Bhagwant Mann may take oath on Mar 16 : The Tribune India

Only Bhagwant Mann may take oath on Mar 16

Cabinet induction in Chandigarh later | House session likely day after swearing-in | 2.42 cr will be spent by govt on oath-taking ceremony at Khatkar Kalan 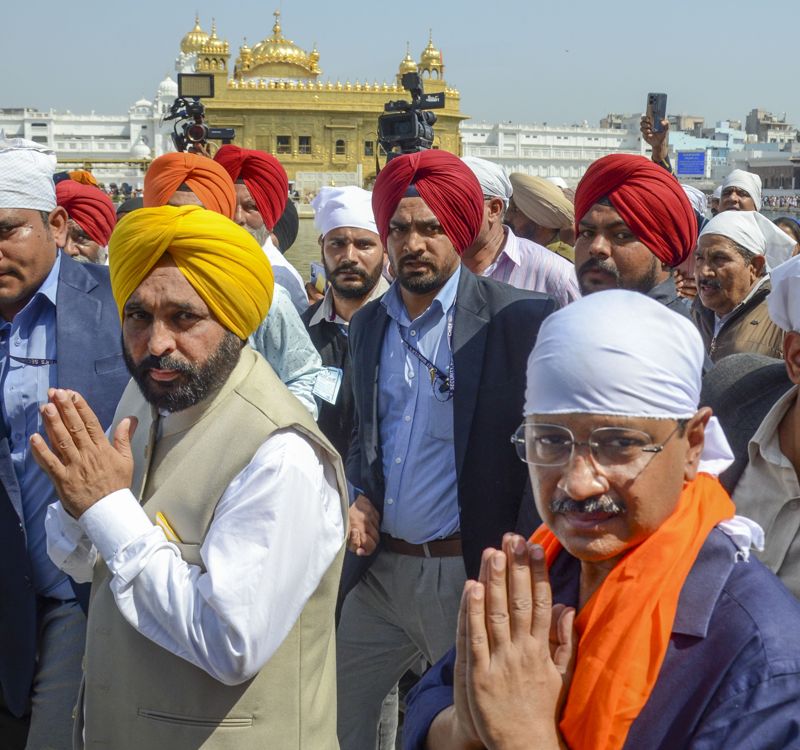 Chief Minister-elect Bhagwant Mann will submit his resignation as the Member of Parliament from Sangrur on Monday. Sources in the Aam Aadmi Party have told The Tribune before Mann takes the oath of office and secrecy as the Chief Minister on March 16, he will submit his resignation. The deliberations on the new Cabinet and Speaker of the Vidhan Sabha, too, are to be held tomorrow.

The first session of the Vidhan Sabha is likely to be convened on March 17, a day after the oath-taking ceremony. Interestingly, indications coming from the party are that only Mann will take the soath at Khatkar Kalan on March 16. The other members of the Cabinet will be sworn in later in Chandigarh.

Sources in the party confirm the party top brass in Delhi has already been looking at the likely inductions into the Cabinet. Initially, only six to seven ministers are to be inducted. The Punjab Cabinet can have 18 members, including the Chief Minister. The names of those who likely to be inducted include Harpal Cheema, Aman Arora, Harjot Bains, Baljinder Kaur, Neena Mittal and Budh Ram. Meanwhile, the Punjab Government will spend Rs 2.42 crore on the oath-taking ceremony of the Chief Minister-elect on Wednesday.