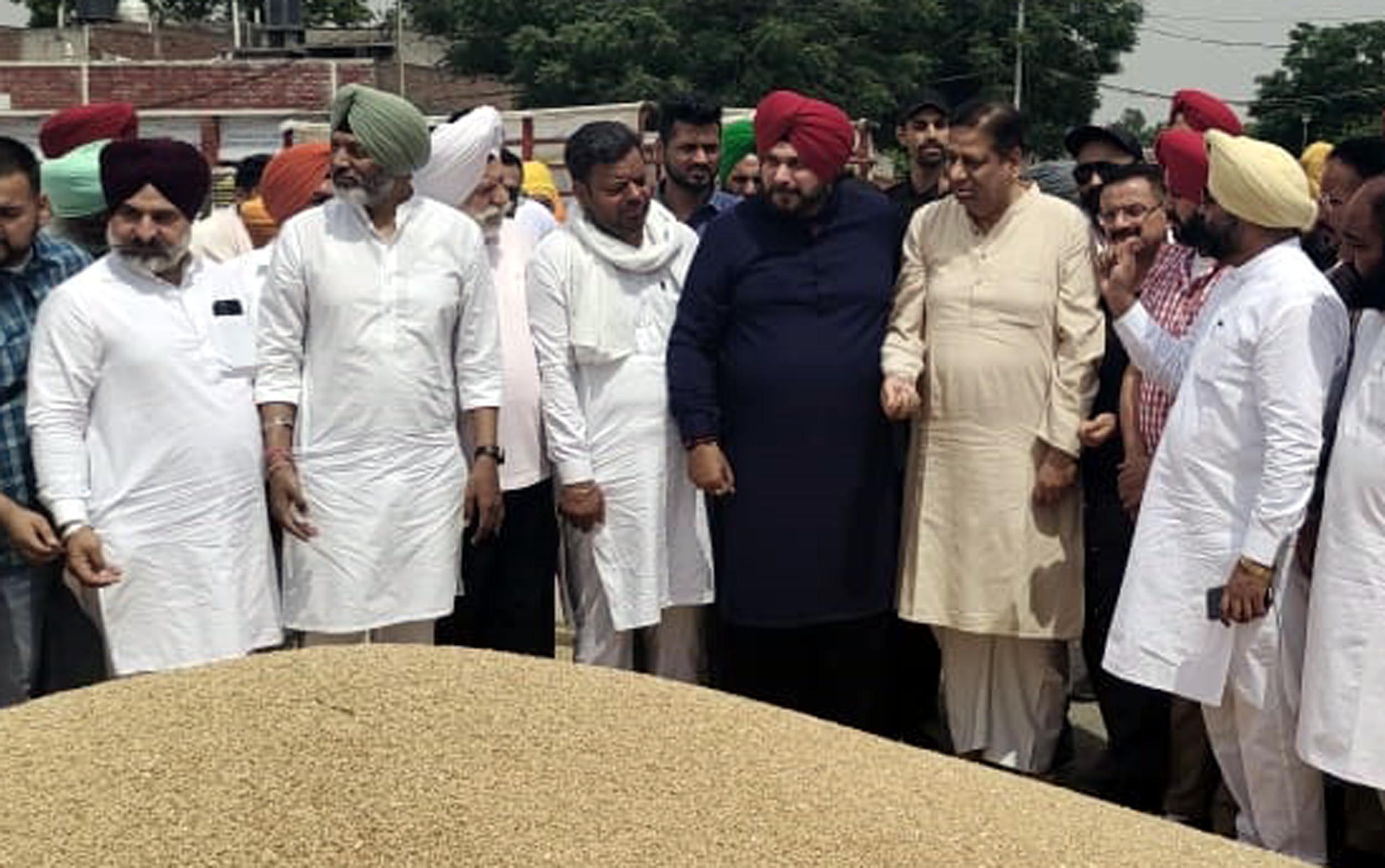 Pradesh Congress Committee (PCC) former president Navjot Singh Sidhu today condemned the policies of the AAP government. He today visited the Jandiala Guru grain market to gauge the problems being faced by farmers in procurement of their produce by the government agencies. He observed that the Bhagwant Mann-led state government could not keep up its pre-poll promises.

Will power board agree to it?

The reserved category was already getting 200 units of free power, what exception did they (AAP) bring? The AAP’s announcement on power subsidy is hollow. It is yet to be seen whether power board will agree to it or not. Navjot Singh Sidhu, PCC Ex-chief

He said AAP national convener Arvind Kejriwal had assured a compensation of Rs 50,000 per hectare as compensation amount to the farmers for their crop loss, but it turned out to be farce. “I will continue to raise voice for the farmers,” he said. AAP had used Punjab platform as a launching pad to pave way for its penetration in Himachal Pradesh and Gujarat. “All their assurances were enough white lies to ice a cake,” he said.

Citing the recently announced power subsidy policy of the state government, he said the general category was put at the receiving end as they would have to pay the full power expense if they consumed over 600 units of two-month billing cycle.

“The reserved category was already getting 200 units free power, what exception did they bring? The AAP’s announcement on power subsidy was hollow like a bamboo. It is yet to be seen whether the power board will agree to it or not? Before the polls, the AAP had promised free power up to 600 units for all, but after polls Kejriwal changed his colour faster than a chameleon,” he said.