‘Ordinance to put farmers at mercy of corporates’ : The Tribune India

‘Ordinance to put farmers at mercy of corporates’ 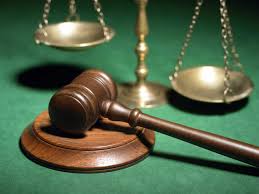 The state Congress on Monday announced to launch a ‘jan andolan’, which will be a statewide campaign against the “anti-farmer” ordinance brought out by the Modi-led BJP government at the Centre for reforms in the agriculture sector.

The Punjab Pradesh Congress Committee (PPCC), led by its chief Sunil Jakhar, has called a meeting of Cabinet ministers and 20 MLAs to strategise the campaign that will be launched at the block and village levels.

“We want to expose the anti-farmer face of the Centre. The ordnance will sabotage and undermine the existing mandi system, which is the backbone of the agricultural economy in the country. It will also put the farmers at the mercy of the corporate houses,” said Jakhar, while reading out the memorandum sent to Punjab Governor VP Singh Badnore.

Jakhar said the main focus of the party was to make the farming community and farm associations aware of the provisions of the ordinance. “What was the emergency for bringing an ordinance which will have long-term implications at a time when the country is fighting an existential crisis caused by the pandemic?” he asked.