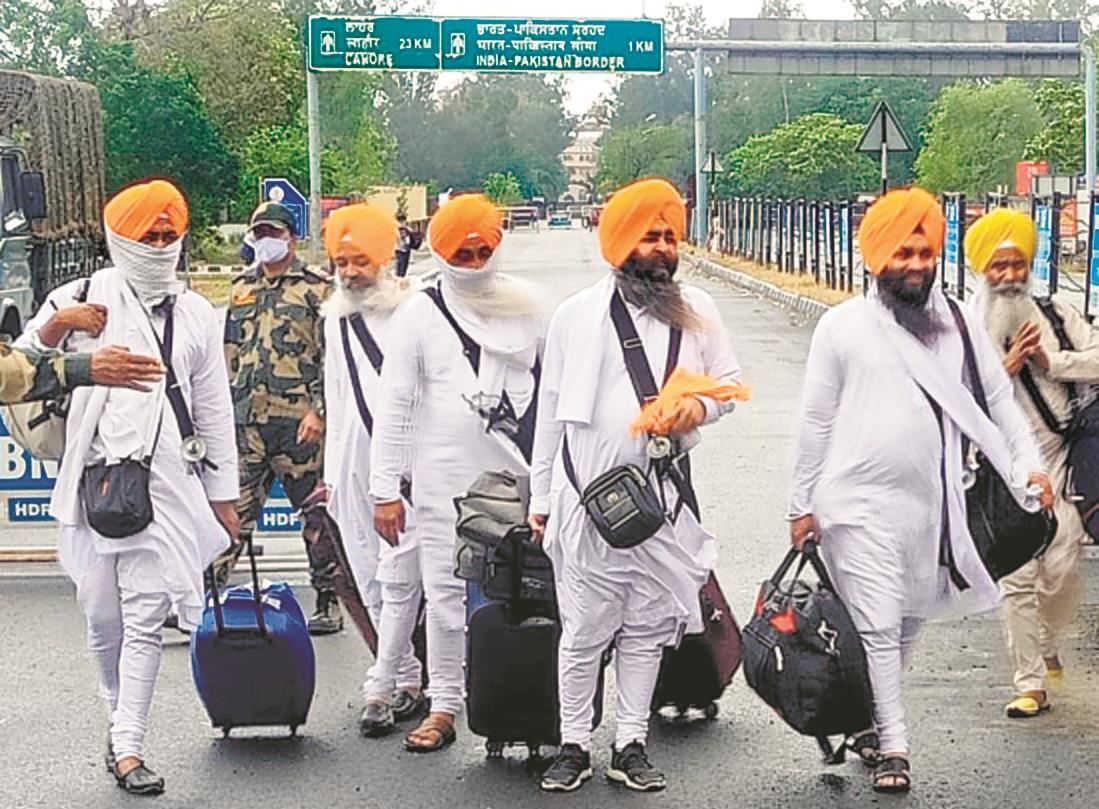 Sikh pilgrims return from Pakistan after celebrating Baisakhi, at the Wagah border in Amritsar on Thursday. Vishal kumar

Over 200 Punjab pilgrims who went to Pakistan to celebrate Baisakhi tested positive for Covid-19 on Thursday. They underwent the mandatory rapid antigen test on their arrival at the Integrated Check Post, Attari. As they were all asymptomatic, they were advised home-quarantine.

Some of the pilgrims, however, confronted the health staff after their reports came positive for the infection, said Civil Surgeon Charanjit Singh.

High drama prevailed at the ICP as a few of them tore the test reports, saying that when they left for Pakistan their reports were negative.

Some pilgrims even took away the official records and forced the health staff to leave their counters at the Attari border, Singh said.

The Sikh jatha of 815 pilgrims, sponsored by the Shiromani Gurdwara Parbandhak Committee, had gone to Pakistan on April 12 to celebrate Baisakhi.

Meanwhile, SGPC president Bibi Jagir Kaur appealed to the pilgrims who tested positive to follow the health guidelines and isolate themselves in their homes.

The Pakistan High Commission had granted the pilgrims a 10-day visa and they were allowed to visit various Sikh shrines, besides attending the main event at Gurdwara Panja Sahib in Hasan Abdal on April 14.

They also visited Gurdwara Darbar Sahib, Kartarpur, on April 19 and took out a nagar kirtan from Gurdwara Kartarpur Sahib in Narowal district to Zero Line connecting Dera Baba Nanak on the Indian side. — TNS