Over 3,700 acres of shamlat land illegally sold in Mohali villages : The Tribune India 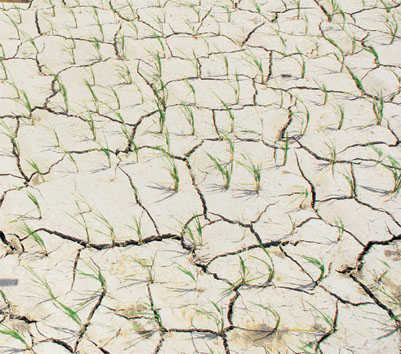 On May 9, the Vigilance arrested 4 of the 11 booked for selling shamlat land in Majrian village.

The names of several influential people in the state are coming up in the Punjab Vigilance Bureau’s investigation into the illegal sale of 2,714 acres of shamlat (village common land) in Majrian village of Mohali.

These influential persons own farmhouses on the land or are beneficiaries in the sale of land. Besides Majrian, the fraudulent sale of over 1,000 acres of common land in Seonkh village of Mohali has also come to light.

The VB, which has seized records of registration of properties, had on May 9 arrested four of the 11 booked for selling shamlat land in a fraudulent manner in Majrian. Post-arrest investigations have revealed that a property dealer named Sham Lal, who is absconding, is allegedly the mastermind. His driver Hans Raj (arrested along with three others) is the seller of more than 100 acres even though he doesn’t officially own any land. In Seonkh village, the accused persons, including Sham Lal, in one case played fraud with the government over the distribution of 700 acres of shamlat land among farmers on the orders of the Punjab and Haryana High Court. They allegedly gave away more than 100 acres to fake persons and later sold it off. These influential persons from across the state possibly have strong connections at the top level of the state government, said sources.

Summons are being issued to owners in both villages, and the government is likely to get the land vacated, say officials.

Vigilance DSP Iqbal Singh, who has been investigating the matter for almost two years, said records since the 1990s had been scrutinised. It was found that the accused, especially property dealer Sham Lal, started transferring shamlat land in fake as well as real names. Later on, the land was sold multiple times. His driver Hans Raj was one of the sellers.

The DSP said Sham Lal had two bank accounts in the driver’s name. The buyer deposited money in the driver’s account. Sham Lal withdrew it through signed blank cheques obtained from the driver. Records showed the driver sold 103 acres.

“We have summoned the present owners. It is suspected some of the property owners may be fake or properties could be benami,” said the Deputy Superintendent of Police (DSP).

In connivance with revenue officials, the original documents under which transfer of land was executed were destroyed, said the officials.