Pak police initiate probe against firm for photoshoot at shrine 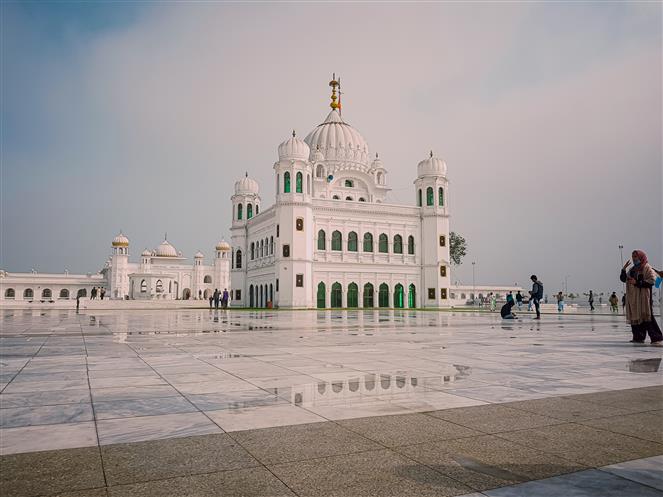 The Pakistan police on Monday launched an investigation against a Pakistani model and a clothing brand for hurting religious sentiments of Sikhs by conducting a bareheaded photoshoot at Gurdwara Darbar Sahib in Kartarpur following an Indian Sikh journalist’s criticism of the pictures.

New Delhi: The DSGMC on Monday wrote to External Affairs Minister S Jaishankar, asking him to take up with the Pakistan Government the issue of an agency using the premises of Kartarpur Sahib for promotion of women’s apparel.

Noting that the pictures have been uploaded on the social media, Ravinder Singh in a tweet highlighted the disrespect shown to the community and also tagged Pakistan Prime Minister Imran Khan.

“Modelling bareheaded for ladies’ attire, in the premises of Gurdwara Sri Darbar Sahib at #KartarpurSahib in Pakistan, by a Lahorite woman has (severely) hurt the religious sentiments of Sikhs (sic),” he tweeted.

Punjab province’s Pakistan Tehreek-i-Insaf government got into action following the criticism on the social media. Punjab Chief Minister Usman Buzdar issued a statement, saying he had ordered an inquiry and that action would be taken also against officials who had allowed the “modelling” at the gurdwara.

Information Minister Fawad Chaudhry said the designer and the model must apologise to the Sikhs, adding that “Kartarpur Sahib is a religious symbol,not a film set.” According to a report in Dawn, the model’s photos were shared on the Instagram page of Mannat Clothing, but were removed after the criticism.

However, Mannat Clothing clarified that the pictures posted on its accounts were not part of any photoshoot done by it. “These pictures were provided to us by a third party (blogger) in which they were wearing our dress. However, we accept our mistake that we should not have posted this content and we apologise to every single person who was offended by it,” the brand said. — PTI