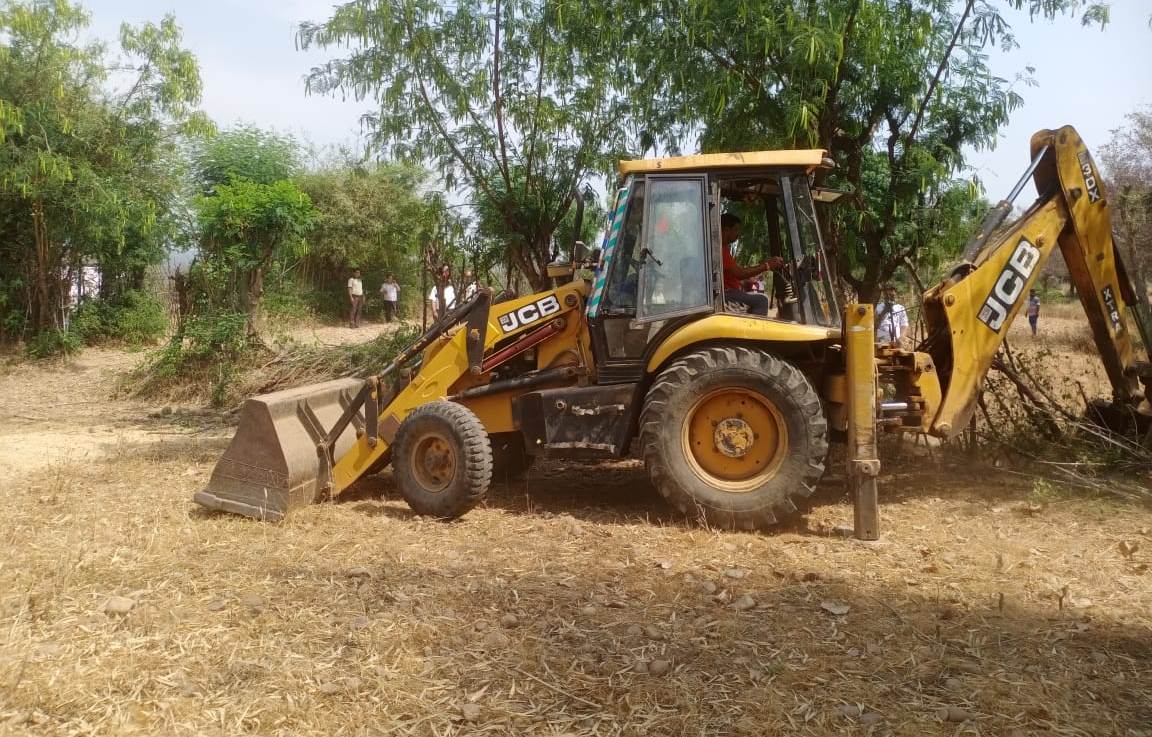 Encroachments being removed from a panchayat land at Mehra Jattan village of Talwara block in Hoshiarpur district. file photo

The Punjab Government will continue its drive to remove illegal occupants from panchayat land. Sharing information after a meeting with 23 farm unions here today, Rural Development and Panchayats Minister Kuldeep Dhaliwal said the interests of poor and small farmers would be protected.

2,600 acres from where illegal occupation removed

8,000 acres for which paperwork completed

The government has agreed to form a nine-member committee to look into the legal rights of cultivators on common lands, whose ownership is not in their names. — Dr Darshan Pal, Krantikari Kisan Union

After June 10, a campaign will be launched to remove illegal occupants from commercial panchayat land. Paperwork was being completed. — Kuldeep Dhaliwal, Panchayats Minister

The government was removing illegal occupants from the panchayat land after completing the legal process, he said. The minister made it clear no houses would be demolished.

On the request of farm leaders, Dhaliwal issued directions to department officials to ensure a 15-day notice was served before illegal encroachments were removed. He further said if illegal occupiers wanted to present documents to support their claim, they could give these to the District Development and Panchayat Officer concerned and these would be thoroughly examined.

Dhaliwal said an appeal by Chief Minister Bhagwant Mann to relinquish illegal possession of panchayat land had been well-received.

After a consensus with farmer leaders, the minister said people could voluntarily relinquish possession of panchayat land by June 30, after which action would be initiated. The minister clarified after the land was freed from illegal occupation, priority was being given to immediate occupiers while leasing it out for agricultural purposes.

So far paperwork had been completed to remove illegal occupants from 8,000 acres. The squatters had already lost cases in courts. He further said so far illegal occupation of 2,600 acres had been released. Dhaliwal assured the delegation of safeguarding the interests of small and poor farmers. He said a nine-member joint committee of government officials and representatives of farm unions would be formed to identify farmers who had made barren land cultivable. To provide relief in such cases, if required, the matter would be taken up in the Punjab Vidhan Sabha.