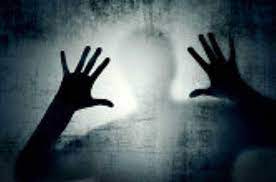 Taking a dim view of the alleged assault on a Dalit family and molestation of a woman by the sarpanch and certain villagers over a piece of land at Assal Uttar village, the National Commission for Scheduled Castes (NCSC), on the directions of Chairman Vijay Sampla, has sent a notice to the Tarn Taran administration, asking officials to submit an action-taken report by October 22.

The complainant said at least eight villagers along with some unidentified men allegedly assaulted his family on January 12. He had bought a house in the village in 2018. On January 12, eight suspects, along with 25 others, trespassed on the house to take its possession forcibly. The suspects allegedly tore the clothes of his wife and molested her. He further accused sarpanch Tarlochan Singh of passing casteist remarks. He accused Valtoha SHO Balwinder Singh and the Bhikhiwind DSP of not taking action against the suspects. — TNS