Panic in Ludhiana as first case of corona surfaces in industrial hub : The Tribune India 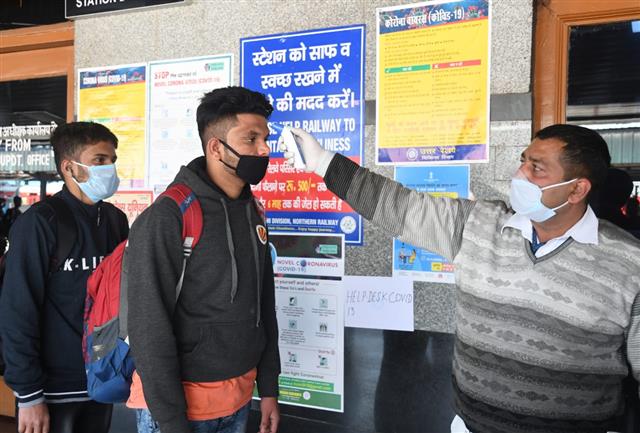 The first case of coronavirus was reported from the industrial city of Ludhiana here on Tuesday evening. With this, panic has spread in the city as it is densely populated and not all the residents are taking precautionary measures.

It is learnt that travel history is still being concealed by many residents who themselves or their family members/children recently came from the virus-hit countries just to avoid the quarantine/isolation process. And these residents are freely moving in social get-togethers, temples etc and even if they have mild symptoms, they prefer not to tell about these to the consulting doctors too, putting every life they come in contact with, at risk.

Dr G.S.Grewal, a city-based doctor has warned that if these people roam freely in society then no curfews or isolation would be able to control the spread of disease.

One of the domestic helpers said that this was “rich-disease” as poor cannot afford to visit abroad but if this disease is spread among poor and needy, it would be disastrous. “Since we work in these big houses, we cannot afford to express our feelings but we too are scared”, said one a Nepalese servant.

At the same time, many grocery shops were opened in the morning but since residents thronged these shops in huge numbers, they had to shut the shutters to avoid spread of disease.

Confusion prevails among residents as there was distribution of essential commodities like milk, ration and medicines. People were seen asking each other on social media about availability of necessary items.