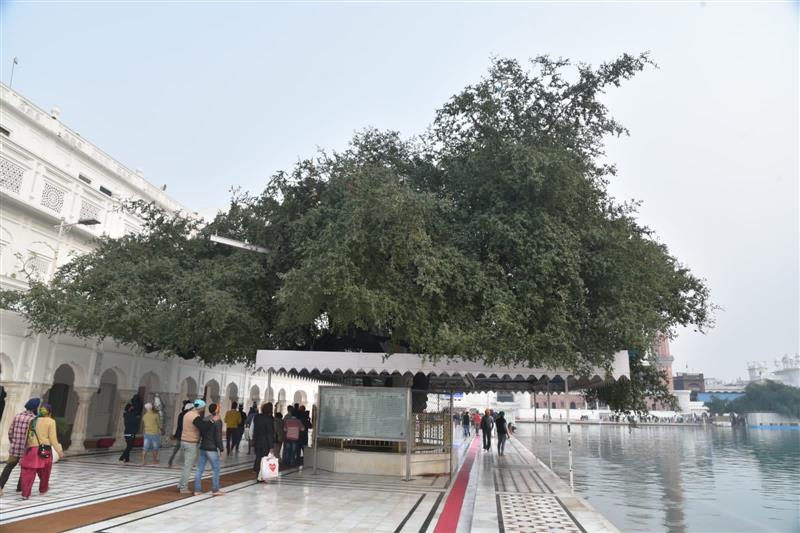 The ber (Indian jujube) is one of the most ancient and common fruits of the country. Most Sikh shrines in north-west India are historically and religiously associated with ber trees. Normally, a ber tree is known to live for at least 100 years, but many of these trees are more than 450 years old.

The team was honoured by Chief Minister Bhagwant Singh Mann during a kisan mela recently.

“Sri Darbar Sahib Complex, Amritsar; Gurdwara Ber Sahib, Sultanpur Lodhi; Gurdwara Shish Ganj Sahib, Anandpur Sahib, and Gurdwara Katana Sahib, Ludhiana, are the prominent shrines which have ber trees of historical and religious importance. The Golden Temple, Amritsar, has the oldest ber tree of India, more than 450 years old and named as Ber Baba Budha Sahib. The tree is located near the sarovar in the parkarma of the temple. Dukh Bhanjani Ber is the second oldest tree while Lachhi Ber is another old tree, located just near main gate of the Golden Temple known as Darshni Deori,” said Dr Sandeep Singh.

“To restore the vegetative vigour of trees, a rejuvenation process, including removal of dried and dead branches, is carried out by this team during May every year as ber trees are in dormancy during this period. All trees at the complex are in good health now,” said Dr Sandeep Singh.

“With various scientific techniques adopted by the team, after a gap of many years, these trees started bearing fruit in addition to improvement in vegetative vigour during 2015. Since then, these ber trees are bearing fruits profusely every year. The inner canopy of the trees has grown and developed. The PAU team is keeping a close vigil on the trees,” said Dr Jaswinder Singh.

On why mostly ber trees are present in gurdwara sahib, Dr Jaswinder said these traditional trees were here for long while other fruits were imported or brought by those who came to or invaded India.

“These trees have been here naturally as they can survive without water for long. Many trees were wiped when agriculture developed,” said Dr Jaswinder.