‘Peach king’ Didar Singh Bains passes away in US : The Tribune India

‘Peach king’ Didar Singh Bains passes away in US

He was founder of Gurdwara Yuba City California 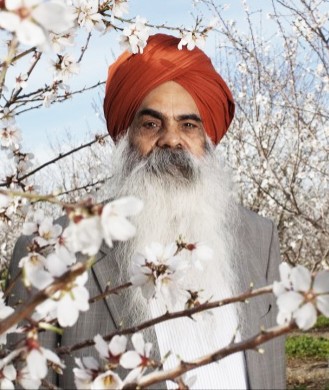 Didar Singh Bains, founder of Gurdwara Yuba City California, passed away after a prolonged illness in the US.

Bains was known as a “Peach King” of California and was one of the richest Sikh farmers in North America.

He was born in 1939 at Nangal Khurd village in Hoshiarpur district.

He arrived in the US with only $8 and went on to own over 40 pockets of land in 13 counties, including 667 acres of land near Sacramento International Airport. He became one of the Northern California’s richest man, having assets worth USD 50 million. Bains worked as a labourer during his initial days in the US. He not only sponsored his own family members, but countless other people of the region to immigrate to the US since 1960.

Shiromani Gurdwara Parbandhak Committee chief Harjinder Singh Dhami expressed deep grief on the demise of Bains. Expressing condolences to the aggrieved family, Dhami also remembered his work of preaching Sikhism in the US.