Will have to register on state government's portal or COVA app 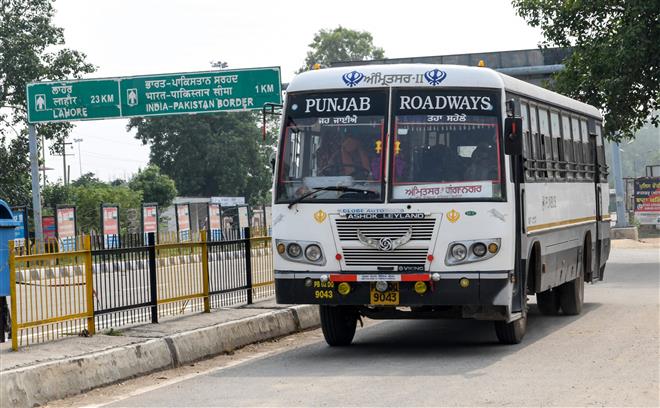 The decision has been taken in view of thousands of people coming to the state every day from Delhi-NCR. File photo

People coming by road to Punjab will have to get registered either on the state government's portal or the COVA app.

However, they will be home quarantined, notwithstanding the Centre's revised guidelines replacing home quarantine for domestic travellers with self-monitoring, Chief Minister Amarinder Singh was quoted as saying in an official release on Friday.

Singh gave his approval for e-registration of people coming to the state through the Shambhu border to ensure strict monitoring of domestic travellers, the release said.

The decision has been taken in view of thousands of people coming to the state every day from Delhi-NCR, where COVID-19 cases are spiralling, it said.

Singh also made it clear that no vehicle should be allowed to enter Punjab without a stringent monitoring mechanism in place.

He was reviewing the state's preparedness to deal with the COVID-19 pandemic with senior government and health officials through a video conference, according to the government release.

Chief Secretary Vini Mahajan assured the chief minister that people entering the state will be strictly monitored. She said private players are being roped in to ensure implementation of home quarantine with phone-based monitoring and regular visits of medical teams.

People coming to the state will be required to mandatorily register themselves either on COVA app or the government web portal, and a registration certificate with bar code should be carried on the vehicle windscreen.

Those without the certificate printout on their car screens would be stopped and made to register on the spot, the chief secretary said.

The COVA Punjab (Corona Virus Alert) app has been developed by the state government to provide people with preventive care information and other advisories.

The chief minister also gave a go-ahead to a pilot project for COVID-19 rapid antigen testing that will begin next week.

Under the pilot project, a minimum of 1,000 rapid antigen tests will be done in the state. After it is successfully completed, such tests will be done on migrants returning to the state in the wake of reopening of industries and for work in paddy fields.

The state government will procure rapid antigen testing kits to scale up its COVID testing capacity, currently higher than the Centre's mandate of 140 tests per million per day in regions with positivity factor of less than 10 per cent, the official statement said.

With COVID positivity rate of two per cent, Punjab is already conducting 242 tests per million per day as part of its comprehensive strategy to check further spread of the pandemic, it added. PTI