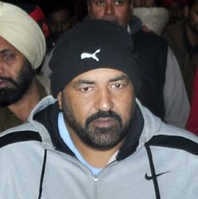 In a major security lapse, the Patiala Central Jail authorities allegedly recovered a mobile phone from high-profile inmate Jagdish Bhola, the “kingpin” of the multi-crore drugs racket, on the intervening night of Wednesday and Thursday.

Following the seizure, Additional Director General of Police (Prisons) Varinder Kumar today warned jail superintendents, saying they would be held accountable for incidents of corruption or use of mobile phones by inmates on the jail premises.

Jail Superintendent Manjit Singh Tiwana said the officials carried out a special drive on Wednesday evening, leading to the recovery of a mobile phone from Bhola. The jail officials have registered a case with the district police and sought further checking regarding the source of the device.

Tiwana said he had joined duty at the Patiala jail a fortnight ago and a number of phones had already been recovered since then.

Warning jail superintendents, the ADGP (Prisons) said: “The overall security and management of prisons rests with superintendents of jails. The superintendents are directed to ensure frequent special searches are conducted in all prisons, especially where high-risk prisoners are lodged in high-security zones. They will be held responsible in case of any incident of corruption or use of mobile phones by inmates from inside jails.”

Wrestler-turned-cop Bhola was accused of role in the

Rs 6,000 crore synthetic drug case in January 2014. He was convicted by a special CBI court in three cases related to drug racket and awarded jail terms. Bhola had alleged involvement of SAD leader Bikram Singh Majithia, also lodged in the Patiala jail, in the drug trade.