PIL in SC seeks directions to frame rules for registration of Sikh marriages under Anand Marriage Act : The Tribune India

Under the 2012 amendment, state governments were supposed to frame rules to facilitate registration of Sikh marriages, contends petitioner 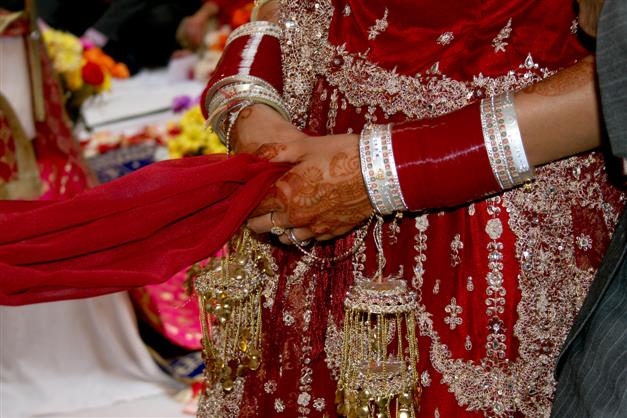 A PIL in the Supreme Court has sought directions to states and union territories to frame rules for registration of Sikh marriages under the Anand Marriage Act, 1909.

Anand Marriage Act, 1909 was enacted to give legal sanction to Anand Karaj—marriage ceremony of Sikhs and to remove any doubts regarding their validity. The Act was amended in 2012 to address the long-standing need for registration of Anand Marriages by allowing Sikh couples an option to register their marriages under the Anand Marriage Act.

Chadha, who had first moved the Uttarakhand High Court on the issue—alleged that State Governments and its functionaries were violating the fundamental rights of citizens under Articles 14, 19, 21, 25, 26, and 29 of the Constitution as they failed to frame and notify the rules mandated under the Anand Marriage Act, 1909.

The high court had disposed of Chadha’s petition with a direction to the Uttarakhand Chief Secretary to take appropriate steps for putting the aforesaid proposal before the cabinet and after approval of the cabinet also to take steps for publishing the same in the Gazette and place it before the Legislative Assembly.

However, Chadha alleged that the state government has not implemented the high court’s order. Some states and UTs have already framed rules for registration of Sikh marriages under the Anand Marriage Act, 1909, while many of the states have not notified the rules, he contended.

Chadha said he made representations to the the governments of Karnataka, Tamil Nadu, Jharkhand, Uttar Pradesh, Assam, West Bengal, Gujrat, Bihar, Maharashtra, and Telangana and the UT of Jammu and Kashmir, Leh and Ladakh, Chandigarh, Lakshadweep, Daman and Diu, Pondicherry, Andaman and Nicobar, as also the states of Nagaland, Sikkim, Tripura, Arunachal Pradesh in April in this regard.